The funding round included participation from Animoca Brands and Ancient8 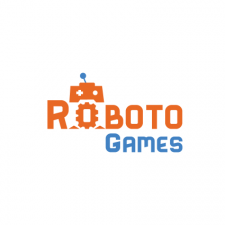 Game development studio Roboto Games has raised $15 million in a Series A funding round, which the company will used to further its mission to “bring friends together via games that are accessible anytime and anywhere.”

Based in San Mateo, California, Roboto Games is a remote work friendly studio actively seeking diverse staff, and is the second venture to be led by CEO Curt Bererton and CCO Mathilde Pignol. The two co-founded ZipZapPlay in 2007 which made top 20 social Facebook games including Baking Life, which achieved 1.5 million daily active users.

“Beginning with ZipZapPlay, and continuing today at Roboto Games, we devote a significant amount of time and energy creating a culture where everyone has a voice. When you look at the folks who make up Roboto Games, many of us have worked together on and off for over a decade because of that culture,” said the company in a press release.

“We create an environment where everyone feels safe to express their thoughts, ideas, and concerns. We welcome hard conversations because they give us the opportunity to make the best decisions. Our best work is done when we test our games early and often with our players.”

The company’s current project is a survival/crafting MMO codenamed Foragers and Fighters with character collection elements, which will support a user generated economy.

Roboto Games is implementing a Web3 optional model with a focus on fun. To this end the company is focusing on creating a solid game before adding web3 implementation, at which point players will be given the option to either collect Web3 assets such as NFTs or play the game without them.

The funding round brings the company’s total investment to $19.5 million and included participation from established names such as A16Z, Merit Circle, Ancient8 and Animoca Brands, as well as angel investors including Phil Chen and Jameson Hsu.

Earlier this month, Homa announced the addition of web3 tools to its tech stack following a $100 milion raise.