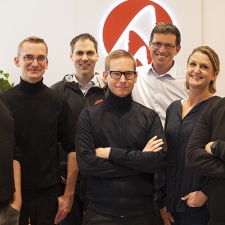 Chinese tech and entertainment giant Tencent has snapped up another game developer, this time Sharkmob from Sweden's Malmo.

The developer was acquired for an undisclosed sum, having been established in 2017 by veterans of Ubisoft's Massive studio as well as Hitman maker IO Interactive.

The team has licensed a "cult classic" IP that it hopes to turn into a franchise in the future.

“We view the future of online gaming the same way and Tencent being a leading internet and games platform gives Sharkmob the reach and resources to be a part of that future," said Sharkmob CEO Fredrik Rundqvist.

"Support from Tencent’s incredible group of game teams will allow us to fully pursue our passion of bringing great gaming experiences to as many players as possible.”
said CEO of Sharkmob.

Sharkmob is the latest in a long line of game studios that Tencent has acquired or invested in. The firm put some cash behind the CCP vets over at 1939 Games, which was the first cash splash in a while after a rather grim 2018 for the Chinese firm.

The firm's boss Martin Lau told shareholders that it wasn't planning on changing its investment strategy any time soon earlier this year.