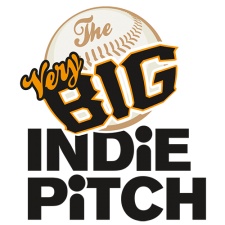 You'd think after the success of the first-ever Very Big Indie Pitch at Pocket Gamer Connects Hong Kong, and our ever-popular Gamescom pitches, that we'd be slowing down wouldn't you?

Nothing could be further from the truth, as coming up next we have not one, but two bumper edition Very Big Indie Pitches and a PC indie Pitch to keep your eyes peeled for.

That's not all though, as like last year, we're also bringing The Big Indie Pitch's sister competition The PC Indie Pitch with us too in order to showcase as many talented developers as possible.

We’re looking for talented indie developers from around the world to come and join us at our upcoming Pocket Gamer Connects shows as part of The Very Big Indie Pitch. Interested and think you fit the bill? If so then simply read on. Details on how to register including links can be found at the end of this article.

Not only is this a perfect opportunity for indie developers of all shapes and sizes, both regionally and internationally, to show off their latest game to a range of industry experts including journalists, investors, publishers and renowned indie developers, but it’s also a prime networking opportunity, and a great chance to get involved in an exciting conference as well.

Oh, did we mention that it's free to enter and that every developer will receive guaranteed editorial coverage and written feedback? There’s also be brand new prizes too that have been tailored specifically for the indie community, and all of our developers will be entered into consideration for the next Big Indie Awards!

We have many a regular entering the Big Indie Pitch, but most of our entrants are brand new to the event. So, if you’re one of those developers who has never entered the Big Indie Pitch before, you may be wondering just how it works. Well, if that’s the case, then let me explain.

The Big Indie Pitch process couldn’t be simpler. Developers come along with their games in hand, before being given five minutes to pitch their title to the first of five judges' tables.

Once the time is up, a horn will sound and it’s time to move onto the next table and do it all over again. Once developers have seen all five tables their turn is over and it's time for the next set of developers begin their pitches.

All in all, it’s a unique chance to place your game into the hands of some of the most influential minds in the industry and receive immediate feedback on your game over the course of the meeting.

Following the pitch, we’ll also collect up all of the feedback and email this over to you so you have a written record of just what the judges liked about the game, alongside some tips and advice on how they think you could grow it as you move forward with development.

We’ll be covering every game in our round-up piece over on PocketGamer.co.uk and we’ll be conducting interviews with the top three which will be published right here on PocketGamer.Biz.

We’ll also have a range of prizes on offer at both pitches for the top three developers. Prizes which the lucky developers will be able to use across our portfolio of websites in order to market and promote their game, alongside free tickets to a Pocket Gamer Connects event of your choice.

Well if that describes you, then read on:

We're really looking forward to highlighting indie developers from the whole world over. Simply head over to our event pages on BigIndiePitch.com for more info, or if you've seen enough already then you can head straight to our registration pages right here on PocketGamer.Biz.

We look forward to seeing you all there. Oh, and don’t forget to bring your business cards.