Recognition will take place on at the Imperial Palace on November 3rd, 2019 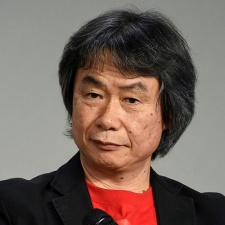 Nintendo veteran game designer Shigeru Miyamoto will be awarded the “Person of Cultural Merit” by the Japanese government.

As reported by Sankei News, Miyamoto will become the first game developer to receive the honour for his cultural contribution to the video game industry and beyond.

Miyamoto joined Nintendo in 1977, before going on to create several of the company’s best-known properties such as Super Mario, Donkey Kong, The Legend of Zelda, Metroid, Star Fox and more.

Since its inception, close to 600 people have been chosen for the award.

Previously the recognition has been given to actors, scientists, writers and more, with recipients also receiving a special government-sponsored pension alongside the award.

“I am grateful for the light shined on the genre of video games,” said Miyamoto.

“I can’t do anything alone,” he added when referring to the efforts of his co-workers.

Candidates are selected by the ministers of Culture, Education, Sports, Science, and Technology before a final decision is handed to the Prime Minster Japanese Cabinet.

The award ceremony will take place at the Imperial Palace on November 3rd, 2019.