Torikago Scrap Merch and Fantasy Earth Genesis both getting the boot 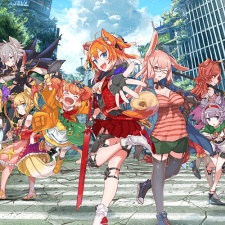 DeNA is closing down two of its Japan-only mobile games on March 31st 2020.

As reported by Siliconera, the self-published Torikago Scrap Merch only launched in spring 2019, but has already run its course. Sales of its IAPs will end on February 27th, with the game fully shuttering on March 31st.

The second game, Fantasy Earth Genesis, was developed alongside Square Enix and first launched in September 2018. Sales of its IAPs have already ended, though the game will continue to run events until its eventual closure.

No closure for fans

DeNA did not offer much of an explanation for either closure. For Fantasy Earth Genesis, a statement claims (via Google Translate) that it is "difficult to continue to provide sufficient enjoyment to customers" of the game.

While any game closure is a shame, DeNA will not see its catalogue shrink significantly from the closures. App Annie shows that it currently has 109 apps available across Google Play and the App Store - this number will likely only fall to 105 with the two closures.

Square Enix recently announced it is also shutting down its own title, Mobius Final Fantasy. The title is also due to go offline on March 31st in Japan, while overseas fans will have until June 30th while the team launches the rest of the game's story content.