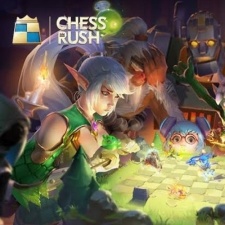 This week, we're looking at the biggest announcements from NetEase's 520 conference, the launch of Chess Rush in China, and new game Project Doll which is accruing an impressive number of pre-registrations...

A number of blockbuster games announced in NetEase's "520" conference

In the evening of May 20th, during NetEase's annual press conference dubbed "520", the most recent updates of a number of blockbuster games were released.

The Chinese version Westworld: Awakening was first time unveiled in the 520 event. It's a VR title developed by Survios, and published by NetEase in China. The game will be available this year.

From the demo revealed, we can see many classic scenes are recreated in the game, such as Sweetwater Town, Delos Company and Mesa Hub, and we can get a glimpse of the "Maze" which runs through the TV drama.

Next, AAA title Project Ragnarok (代号：诸神黄昏) was ushered in with great ceremony, with a dancer dressed as the heroine, and the main theme by composer Inon Zur played by an orchestra.

A short development demo was revealed - the game is inspired by Norse mythology, telling the story of a princess' struggle against demons on her journey.

To better represent the immensity of the Norse world, NetEase had assembled an all-star international team to recreate the land of Midgard. The demo shows that players could freely climb, soar in an open world, and fight in Devil May Cry fashion. And the game will land on all platforms, including mobile. Pre-register has started at http://land2.163.com/

The event also showed some new content for the mobile title of NetEase’s flagship IP Revelation (天谕). The game's powerful face editing system had been demonstrated.

At the end of the live-stream, Hedwig's Theme was played by a band of young Chinese musicians, alongside the trailer for Harry Potter: Magic Awakened. The game will start the open test on May 29th in China. Pre-register is available at https://www.harrypottermagicawakened.com/cn/

The game is a role-playing game featuring card battles and various mini games. The Chinese version was unveiled last October.

On May 18th, Unity announced that it will collaborate with Tencent to roll out juvenile anti-game addiction developer tool in China, and Tencent Growth Guardian Platform (腾讯成长守护平台) will provide support. This means that the Tencent anti-addiction technology will be made available to developers who wishes to publish games in China.

Looking back at the Chinese industry in the last few years, juvenile anti-game addiction has become an important job for related governmental departments. And it has been speculated that in the future, it’s necessary for mobile games to build in such system, if they are to obtain licenses.

While most developers lack the experience, Tencent Growth Guardian Platform has been live for three years, and would pave a straight road for them.

Bilibili has 30 games in stock - most of them are high quality Chinese games complemented by a few imported games. And 8 of them have already got licenses.

Bilibili had started as a video streaming service, mainly providing anime TV series, and it has grown into a Chinese YouTube. Now it plance to be a big game publisher, competing with top players such as Tencent and NetEase.

Last week, War Song Arena (战歌竞技场), an auto-chess game developed by Tencent's More Fun Studio Group, was launched in China. It quickly ascended to the top spot on Chinese iOS free chart - as of May 20th, it holds 7th place on the iOS free chart and 63rd place on the grossing chart.

The game had been launched overseas by the name Chess Rush in 2019, and was not doing as well as expected, since it lacked IP support. The Chinese version has come with improvements in polished graphics, and optimized game play.

A doll game with the temporary name Project Doll has scored 9.8 on Taptap, a leading Chinese mobile game finder platform, and so far it has gathered 110,000 players to pre-register. In this game players can raise their own ball joint dolls, dress them up and decorate the settings.

The game had raised 10 million Yuan in Series A funding round, and it will be available in three languages: Chinese, Japanese and English. The game is developed by Warp-Tech, a Beijing based start-up who had previously published a match 3 game.