The biggest stories direct from Beijing 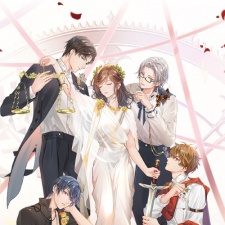 In last few years, Chinese police and related departments have been cracking down on gambling in Mahjong & card games. This May, police actions had been seen in several cases throughout China.

For example, on May 13th, in Kexing Technology Park of Shenzhen city, police pulverized a criminal group who develops Mahjong & card gambling games, with 22 arrested. And on May 11th, police in Fujian province crushed down 17 payment platforms, with the money involved amounting to over one billion Yuan.

As reported by Gamelook, the leading game news portal in China, in the last few days, Tencent has been asking all the Mahjong & card game operators to submit papers, including business report and a promise of using the Wechat Payment service in legal ways, as in-game transactions of all the games could be made through Wechat. Upon signing the papers, Wechat has set limits to the amount of daily/monthly spending individual players could make in these games.

In late May, during the period of Chinese People's Political Consultative Conference (CPPCC) and National People's Congress (NPC) in Beijing, aka Two Conferences (两会), many committee members had proposed restrictions on games to protect minors.

As posted on the Weibo of state-run media People's Daily on May 25th, Zhu Yongxin, a member of CPPCC, had proposed to set up a game rating system, and use face recognition for player logins, as well as monitoring playing time to combat game addiction.

King Pro League (KPL) is the highest-level professional tournament for Arena of Valor in China. On May 27th the playoffs of 2020 spring season kicked off. 10 teams will compete for two places in the final game which will take place on June 13th in Shanghai. And due to the special situation, the entire KPL spring season has been moved online.

KPL has spring and fall seasons every year, and each season has regular, playoffs and final games stages. Now there are 16 teams in total, and the game is often sponsored by big enterprises such as Vivo and Shanghai Volkswagen.

Game for Peace closes in on cheating

On May 26th, Game for Peace (和平精英) posted a warning announcement on Weibo, that if players get the message upon starting the game "Your client app is abnormal, please download official game", then they must comply, otherwise their account would be deleted.

Recently, modified unofficial client apps of this game are rampant, which enable players to cheat in various ways, including unlimited in-game currency, auto-aiming, and display other opponents' locations.

While PUBG MOBILE can't get approved in China due to its content, Tencent had developed a similar game to take its place, called Game for Peace. While keeping the core gameplay, missions and characters are changed.

A love & crime game by MiHoYo gathers one million pre-register

Tears of Themis (未定事件薄) is a female-centric role playing game developed by MiHoYo. The protagonist is a female lawyer who investigates a series of outlandish cases, and player's choices cause them to stumble into romance with different young males.

The game features an anime graphic style, and players can look for clues in full 3D environments. The game had gathered over one million pre-register on its official site, BiliBili, and Taptap combined, and started open testing last week.

No.1 Snail -a hot auto-adventure game

In this week's Taptap popular chart, role-playing game No.1 Snail (最强蜗牛) tooks 2nd spot, tightly following Tencent’s action game Only Below One Man (the game was reported by PG.biz).

The game has a "weird art" graphic style. The players play as a snail - when the world is devastated by 8 demons, Mother Earth sends the snail back 100 years to defeat the demons before they become a big headache.

The main gameplay is exploring the world, collect items and growing stronger. And the exploring process is fairly simple - the snail goes around a board similar to that in Monopoly game in auto-play fashion so that players don't need to take much intervention, and there are rich cut-scenes to push the narrative forward.

The game started open test of Android version on May 27th, while updates of iOS version will be announced later. The game is developed by QC Play, who had developed many casual-style role-playing and puzzle games.