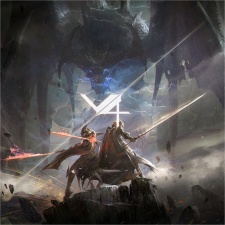 Players that wish to register their interests can do so via the game's page on the company website. Furthermore, there will be exclusive rewards for players that do pre-register.

Created with the Unreal Engine, V4 will put players in the world of Syllunas to fight against a demonic invasion. With an open world, the game offers players six class types such as a slayer and knight.

Furthermore, the game has more than 50 customisation options to create a unique look for characters with a range of weapons and armour. Not only can users build up alliances to fight demons, they can also take on other players in real-time PVP situations.

V4 is already a huge success in South Korea. A quick glance at App Annie shows that it's been a consistent entry in the top 25 overall revenue charts in the country for the last three months, at least. Nexon is no doubt hoping for the same level of success abroad.