Looking to expand to the global market 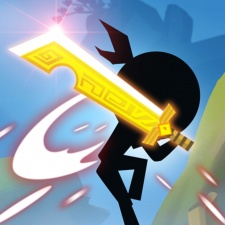 ByteDance subsidiary Ohayoo has released over 150 games which have racked up 500 million downloads.

GamesBeat reports that eight of Ohayoo's games have topped the charts in the Chinese market.

The company is best known for its work in the East, proving to be a valuable partner for developers wishing to enter the Chinese mobile games market.

However, Ohayoo is looking to broaden its horizons by publishing games on a global scale.

"We publish both in the Chinese market, bringing global developers into the market, and we have a small team exploring global publishing."

One of Ohayoo's successes comes in the form of Combat of Hero, as the martial-arts inspired title topped the iOS charts in Japan, being the most downloaded title for four consecutive days.

More than 200 games were out forward by 125 developers from 22 different countries.

"We encouraged developers of all sizes and games in different stages," said Wang.

"We opened the competition early this year and opened it to developers around the world. We weren't expecting to get that many submissions."

The company selected 10 winners, with the No.1 developer being awarded $100,000 and a publishing contract.