Reportedly launching in September or October 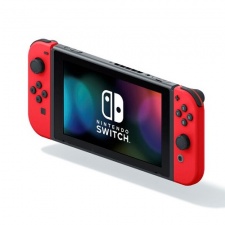 Nintendo is set to announce a Switch Pro device that will make its debut before E3 2021 takes place.

As reported by Bloomberg (paywall) and corroborated by Eurogamer, the aim of an early announcement is so developers and publishers can show off enhanced versions of games for the platform throughout the digital event.

Nintendo itself will also host a digital showcase later in the week as per usual.

The Nintendo Switch Pro (as it's currently being referred to) will launch in "September or October" this year, according to the Bloomberg report.

The current Switch model will then be phased out, while the Switch Lite remains on sale as a cheaper option for consumers.

Production on the Switch Pro has suffered as a result of parts shortages, caused by the ongoing COVID-19 pandemic.

However, it was noted that obtaining these components has not proven as difficult as it has for the PlayStation 5 and Xbox Series X/S.

Games such as The Legend of Zelda: Breath of the Wild 2, Metroid Prime 4 and the recently dated Pokémon Diamond/Pearl remakes could be utilised to show off the new hardware.

The original Nintendo Switch was given a first look in October 2016, before making its way to shelves in March 2017. The video can be watched below:

Nintendo has found great success with the Switch, accumulating close to 85 million until sold and approximately 587 million software sales (via its latest financial results).

In fact, it's been such a triumph for the Japanese company that Roundhill Investments vice president of research Mario Stefanidis recently spoke about how the Switch is breaking Nintendo's 'cyclical stock' performance.