The latest in the ongoing dispute 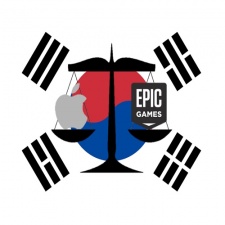 Apple has refused a request from Epic Games to reinstate its developer account on the App Store in South Korea.

As reported by Reuters, Epic requested reinstatement of its developer account on the App Store in South Korea with its own payment option, following changes in legislation that will ban app marketplaces from blocking third party payment methods.

The Fortnite creator added: "Epic intends to re-release Fortnite on iOS in Korea offering both Epic payment and Apple payment side-by-side in compliance with the new Korean law".

In response, Apple stated that in order for Epic Games to have its status on the developer programme reinstated it would have to comply with Apple's App Store review guidelines.

In the event that the South Korean legislation becomes law, Apple does not have any obligation to return Epic’s account.

The ongoing back and forth between Apple and Epic began last year when Epic attempted to divert user payments in Fortnite outside of the App Store, circumventing Apple’s 30 per cent commission. Apple stated that this violated the App Store policy and thus removed Fortnite from its marketplace.

Thus launched the Epic versus Apple legal dispute in which the former accuses Apple of monopolistic practices. Fortnite has since been removed from Google Play after Epic launched a separate campaign against the internet giant.

Apple has made several adjustments to its App Store policy, such as allowing developers to promote non-App Store payments outside of apps and granting developers of reader apps permission to link to an external website in-app to manage their accounts.

Despite Fortnite's unavailability on the two largest app marketplaces, the debate Epic has forefronted to the industry and the media storm that ensued has earned the firm its place on PocketGamer.biz’s Top 50 Mobile Game Makers 2021.