In just one week, Poland's second-largest game developer bought an Italian development studio, was granted a license to trade in China AND celebrated its tenth anniversary 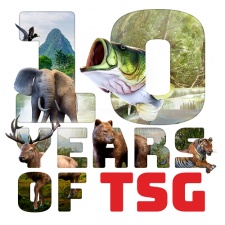 Currently, Ten Square Games (TSG) has almost 500 people on board, offices in several European countries, and a profit of almost PLN 90 million ($23 million) for the first half of 2021.

It is becoming increasingly difficult to believe that this success has its origins in Nasza Klasa, the Polish equivalent of Facebook.

In 2011, Maciej Popowicz and Arkadiusz Pernal – the founders of Nasza Klasa – gave the green light to finance a video game studio.

Ten Square refers to the probable surface area of the first office in which rookie producers began creating the games they then published on NK.

The studio was a separate project from the very beginning – although it published games on NK, TSG was not created with NK in mind.

The first title developed by TSG was Let's Fish, which took the team about twelve months to produce. It immediately attracted players and since the release of its first game in 2012, Ten Square Games has closed every fiscal period in the black.

This tradition continues to this day, and the company's reports always show a favourable financial balance.

Over the last ten years, Let's Fish has featured on the Polish Nasza Klasa, the American Facebook, the Russian VKontakte and many other social media platforms. One year after its debut, Poles already counted its user base in millions.

In 2017, the Polish company released Fishing Clash, a new title for virtual anglers. The game was developed based on years of experience working on Let's Fish. Fishing Clash became a global success. It is the most popular fishing game in the world, with over a million downloads each month, and represents the most important intellectual property (IP) in TSG's entire history.

The game is continuously refined, enhanced and expanded. Fishing Clash accounts for the majority of the company's revenue, generating PLN 114 million in the second quarter of 2021 alone. It is followed by Hunting Clash, with over PLN 30 million in quarterly revenue.

One year after the launch of Fishing Clash, TSG went public on the Warsaw Stock Exchange. This fact served as an additional motivation for the company. From the moment of becoming listed, the company's stock chart has resembled a summit ascent leading mostly upwards.

Fishing Clash became for TSG what The Witcher 3 was for CD Projekt or FIFA for Electronic Arts – a promotion to the Champions League.

The Polish company has taken on global proportions, outgrowing its previous format. In addition to the modern headquarters in Wrocław and a prestigious studio in Warsaw, the company is opening branches in Berlin (Germany) and Bucharest (Romania). On its tenth anniversary, TSG is expanding further by buying in July 2021 the Italian studio RORTOS based in Verona, specializing in developing mobile flight simulators.

With teams of people working in Italy, Germany and Romania, TSG has become an international company. But even now, almost 500 people on board, the management is sure about one thing: it is not a corporation.

It was the relatively flat organisational structure that enabled the company to use the pandemic and remote working as a true test of this type of management style, helping TSG open the next chapter of its operations.

The new reality has given them wings

When almost the entire world fell ill with COVID-19 in early 2020, corporations began to cut marketing budgets. TSG took a completely different route, noticing that by spending the same amount on promoting its titles in the App Store or Google Play, it reached a larger audience, thanks to less competition.

Before the outbreak of the Covid-19 pandemic, the Polish company was spending less than two million dollars a month on promoting its mobile titles. In March 2020, TSG management made a risky decision: instead of cutting budgets, they dramatically increased their spending and hit the bull’s eye as revenues skyrocketed.

Fishing Clash in the Middle Kingdom

The People's Republic of China is currently the largest gaming market with the largest pool of potential players. However, in order to enter it, you need to be assisted by a Chinese partner acting as an intermediary and a local publisher but even such an intermediary does not guarantee that the title will be launched.

All the more reasons for TSG to celebrate being awarded the official license for Fishing Clash. TSG's mobile title is published in China by the tech giant NetEase – the same one responsible for the Chinese launch of Diablo, Overwatch, or WoW games, and even Marvel superhero productions.

TSG has thus managed to unlock the heavy and massive gateway to the world's most lucrative gaming market. Poles have managed to climb over the Great Wall, which is a feat coveted by many but achieved by few.

Expansion to Western Europe or entering the Chinese market are extremely significant achievements, with a considerable economic impact.

The rising share price, tens of millions of PLN in revenue, and notable acquisitions are in stark contrast with the enthusiasm of Let's Fish veterans who have been playing TSG's first game for a decade. As they assured the developers during the recent gamers community event, the players have no plans of stopping. It is apparent that such small but unique and emotional occurrences are also TSG's driving force.

This article was originally published in Polish on Spidersweb.pl

Ten Square Games is hiring. Find out more about this fast-growing Polish developer