Aims to benefit from future partnerships, M&A, and co-investment opportunities 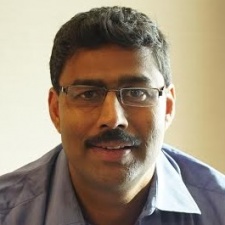 India-based gaming and sports media company Nazara has announced that it has invested $2.5 million in games VC firm Bitkraft Ventures.

The investment will be will begin with an upfront investment of $875,000 and the remaining $1.625 million will get deployed over the course of three years.

Nazara is aiming to build a network with limited partners and investee companies to broaden its access within the gaming ecosystem, hence this investment offer.

The firm has stated that its three main initiatives that it expects to benefit from the investment into Bitkraft Ventures are:

"Bitkraft Ventures have fast established themselves as one of the most promising investors in the global e-sports and gaming ecosystem," said Nazara CEO Manish Agarwal.

"Our investment in Bitkraft is in line with our long-term commitment to nurture and empower the gaming community across the world."

Bitkraft Ventures founding general partner Malte Barth added: "Given our long-term relationship with Nazara we are very excited to get into this partnership for a win-win-win between Nazara, the Bitkraft Venture Portfolio companies and Bitkraft Ventures as a platform. The partnership will help to increase the connectivity into the highly strategic Indian video games market."

In addition to making investments, Nazara has been making a number of industry acquisitions. The company recently revealed that it had entered an agreement to acquire a 55 per cent share of Bangalore-based adtech firm Datawrkz.

Nazara to invest $20 million into new eSports league for India