You can officially trade NFTs albeit with a 30% fee. Plus new rules for purchases made using ads 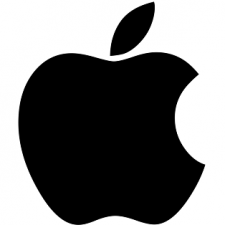 Apple’s store guidelines are well-known for being difficult to parse and unpick. However, each time they’re updated it’s important to get to know what’s changed and how it might affect you. Developer income and future fortunes are at risk every time there's an update.

And the latest officially endorses the trading of NFTs from within apps but – of course – there are rules.

Aside from clarification about the use of interstitial ads (skip button clearly visible, must be clear it is an ad etc.) the biggest news for devs looking to utilise the many blockchain-adjacent Web3 technologies will be how Apple is integrating NFT’s.

As always one of the primary aspects is Apple increasing its grip on is purchases made through its store. The now infamous 30% fee on purchases utilising Apple’s payment system will apply to any crypto-based transactions or NFT trades. We previously reported on this back in September, and it appears that the planned changes have been integrated without any alterations. It's has certainly proved immensely disappointing for some, with the App Store's demise being predicted as a result.

The section that's most notable for many blockchain enthusiasts is new ruling 3.1.1 which reads, “Apps may use in-app purchase to sell and sell services related to non-fungible tokens (NFTs), such as minting, listing, and transferring.”  Notably, another entry in the updated list notes, “Apps may not use their own mechanisms to unlock content or functionality, such as license keys, augmented reality markers, QR codes, cryptocurrencies and cryptocurrency wallets, etc.” Meaning if your game uses any external mechanism such as scanning codes to unlock content or even as part of a game itself, you won’t be able to do this on iOS.

The move basically removes the possibility for any genuinely useful functionality for NFTs which had previously been viewed as their only chance to gain popularity (and lose noteriety). Rather than ownership being able to unlock features such as access to new areas or new weapons, under these rulings NFTs on iOS are allowed, but are limited purely to decoration and personalisation.

However, perhaps more worrying for those seeking to make use of mobile games to comment or artistically represent real events is this segment forbidding, “Harmful concepts which capitalize or seek to profit on recent or current events, such as violent conflicts, terrorist attacks, and epidemics.” Given how vague the idea of capitalising or profiting could be, those who make serious games dealing with war or other major events may begin to be worried about whether they’ll even be able to sell their games on the platform.

Given Apple's recent war with Epic Games over alternative storefronts being advertised in apps, its unclear whether these new restrictions are yet more layers of consumer protection, or simply a way to regain control over their digital ecosystem.