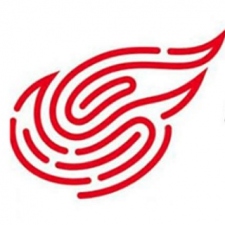 NetEase has been selected as a member of the 2022 Dow Jones Sustainability World Index and the Dow Jones Emerging Market Index (DJSI) for the first time.

The company received an ESG assessment score of 49, becoming the only company in the media and entertainment industry from the Chinese mainland included in the DJSI indeces in 2022.

NetEase has also been recognised by other leading ESG rating agencies worldwide, highlighting what it calls “its rigorous dedication to transparent and sustainable operations.” The company received an A rating in the Morgan Stanley Capital International (MSCI) rating, well above the industry average.

The company also received a score of 14.7 on Sustainalytic’s risk assessment scale in November 2022, a slight decrease from 15 in the preceding February. This indicates a lower ESG risk to investors as NetEase continues to evaluate its practices.

Gaming for the future

“By further strengthening its ESG information disclosure methods and refining its policies and practices, NetEase continues to be recognized by leading sustainability indices and ratings,” said the company in a news release. “As a socially responsible corporation, NetEase maintains an unwavering commitment to accountable, sustainable and transparent operations for the benefit of all its stakeholders.”

Consumers and stakeholders alike are becoming increasingly concerned not just with a company’s products, but its behaviour and culture, whether that’s the amount of crunch time or its efforts to combat climate change. As such, NetEase’s rankings not only show that the company’s work towards creating a positive impact on the world is being acknowledged by official bodies, but could also make the company an attractive prospect for investors.

We listed NetEase as the top mobile game maker of 2022.