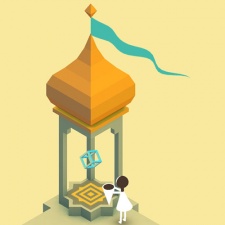 Perhaps the most surprising data that ustwo revealed this week about Monument Valley was the pie chart of sales by country breakdown.

Unsurprisingly, the US was #1 with 38 percent of the $5.9 million total revenue ustwo has received.

However, despite its assumed status as a free-to-play-only territory, China is in second place with a substantial share of 12 percent of sales, or around $700,000.

This is more than twice the sales generated in key European countries such as the UK and Germany, and almost three times the value of sales in Japan, which overall is the largest mobile games market in the world in revenue terms - around $5.5 billion.

Underlining the news is data from China analytics company TalkingData which says that thanks to the launch of iPhone 6 devices, the balance between iOS and Android in the country shifted a couple of percent points in iOS' favour during 2014.

The split is now roughly 30:70 in Android's favour.

It also raises the interesting point of whether China can ever be a strong market for paid content; something that most commentators have generally been skeptical about given its propensity for piracy.

However, given the huge market size - it will be Apple's biggest market in the future - it may be that quality paid content, such as the western-developed Monument Valley, could provide sufficient novelty and value exchange.

Still, it's also important to remember that even in the case of Monument Valley's success, China has generated less than $1 million.