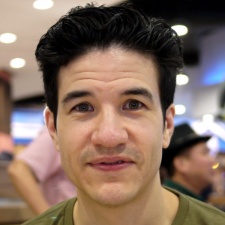 Sitting down with Animoca Brands CEO Robby Yung at Pocket Gamer Connects London 2017, it quickly becomes clear that he and his company are interested in culture.

Not company culture, but rather the ways in which culture and environment can affect the way people approach games - both as a business and a pastime.

Perhaps what makes Yung so aware of this is the positioning of Animoca Brands' headquarters in Hong Kong.

A former British colony in which English is widely spoken, Hong Kong remains technically a part of China. This makes it unique in terms of its connections with both the West and the East.

“We're very heavily influenced by both cultural sensitivities,” says Yung. “If you look at our brand portfolio, it's basically split between predominantly English-speaking brands and Japanese.

“Those tend to be the most influential content creation cultures within those hemispheres.”

Furthermore, Hong Kong's size means that much of the business conducted there is based on exports. Animoca Brands is no different.

“Being in Hong Kong informs our view of who our audience is,” considers Yung.

“Unlike a Japanese developer, we have a very small local market. It's not much of a business for us to cater only to that. Since the very early days of iOS only, back in '08, we always built for a global audience.”

But rather than being hamstrung by the size of Hong Kong's domestic market, he explains that it's opened doors for Animoca Brands, preventing it from becoming too insular in its thinking.

“If we don't, we're going to miss out on catering to parts of our audience.”

These partnerships are approached strategically, with Yung and his team selecting brands that will allow them to get ahead in specific markets or with particular demographics.

The firm's biggest-spending territories are the usual suspects - the US, China, Japan and South Korea - but its geographical player distribution is broad. As such, it's always mindful of emerging markets.

“The more considerate you can be in those departments, the broader your addressable market gets.”

He continues: “There are very few places in the world now on mobile where people don't spend money. It's just a matter of figuring out how to rationalise it relative to your cost base.”

In this sense, Animoca Brands' approach of leveraging well-known IP plays a big part in reducing cost. And when dealing with well-known characters and brands, you can find yourself attracting interest from unexpected places.

“We didn't really have a Latin American business before Garfield, but because of the huge volume of organic downloads, we began building relationships in Latin America as a result,” he says.

“I'd like to take credit for it, but it was a happy coincidence.”

For $4.99 per month, it offers new eBooks and activities every week.

We will be launching more subscription products.

“If you track the grossing charts in the kids' category for the last 12 months, you'll notice that at the beginning of 2016 there were about five or seven subscription apps in the top 30,” Yung states. “Now, it's 80% of the top 30."

Meanwhile, he adds, premium has lost its grip on the kids' category with capped freemium models allaying parental concerns and becoming more prominent.

Animoca Brands “will be launching more subscription products”, and Yung is confident that the model has a big future.

“The only question is what the nature of those services will be," he says.

In Summer 2016, Animoca Brands spent $3.7 million on 9-person Finnish studio TicBits - its first move outside of Asia, where it has the Hong Kong headquarters and another office in the Philippines.

“TicBits specifically has been part of the family now since the summer, and the integration has gone really well,” Yung enthuses.

“What we noticed in their game portfolio was that their games are casual, they're evergreen titles with a long tail of user discovery - a similar characteristic to our games.”

And although the team is a small one, once again culture had a big part to play in the acquisition.

“We really liked the idea of having a team that was culturally different,” he explains. “We're all English-speakers, but they see things from a slightly different perspective being based in the Nordics.”

Animoca Brands has ambitions to expand further, too, with Yung noting that the firm are “always interested" in acquisitions.

“The key is just finding the right teams,” he clarifies. “And we're not a behemoth so it would most likely be smaller, indie-style teams that we would be interested in.”