What's the potential for eSports in India?

And does mobile have a part to play? 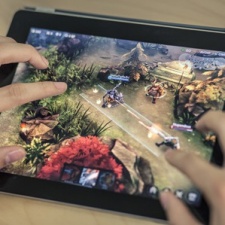 In February, Indian game publisher Nazara revealed its plans to invest $20 million in the creation of an eSports league for India.

For a firm focused on primarily casual mobile games for the local market, it's a surprising move. However, it's not been the first to note India's eSport potential, with global players also taking note.

Indian eSport startup eGamers Arena runs Indian League Gaming, the mission statement of which is to “create an exceptional and sustainable eSports eco-system in India by raising levels of professionalism”.

At the end of 2016 it signed a deal with World Cyber Arena that grants it exclusive rights to host Indian national qualifiers for the worldwide championships in competitive favourites such as Dota 2 and Counter-Strike.

The championship will be held in China at the end of 2017, with a $28 million prize pool.

This was a deal of great significance to the competitive scene in India, but there has been an enthusiasm for eSports bubbling under the surface in the country for far longer.

“I've been into eSports for the past 11 years, and I've seen it grow tremendously,” says Chirag Chopra, Founder of Indian indie studio Lucid Labs.

I've been into eSports for the past 11 years, and I've seen it grow tremendously.

“From prizes to the venue, things have changed drastically, and I can see pro gamers rising. Of course it's still hard to treat it as a career option, but I know a couple of teams who have a good amount of sponsors, and they've made it their career with monthly payouts, professional coaches and more.

“Major credit goes to Nodwin Gaming, a company dedicated to raising awareness about eSports in India, starting with getting ESL (one of the world's biggest eSports leagues) to India and launching official Valve servers for Counter-Strike: Global Offensive and Dota in India.”

But of course, when it comes to eSports and their growth, courting players is only half the battle. What's a sport with no fans?

For Nalin Savara, CEO of Darksun Technologies, the lack of Indian eSports and gaming personalities on platforms like YouTube and Twitch is one of the country's only remaining “missing links”.

However, he is confident that can and will be addressed.

“Indian YouTubers like carryminati are rapidly gaining popularity, and many YouTubers using languages such as Hindi have 100,000+ or 500,000+ users,” he tells PocketGamer.biz.

“It is a matter of time before YouTubers centred on gaming and eSports emerge with massive audiences and whose viral YouTube broadcasts make eSports explode to a hitherto unseen level.”

Watch what you know

After all, Savara believes that once everything is in place to present it in the right way, Indian people would be receptive to becoming eSports spectators.

Indians are the perfect spectators in almost everything they can identify with.

“Cricket and the success of Indian Premier League show that Indians are the perfect spectators in almost everything they can identify with or have dabbled in,” he argues.

“Sports which they cant touch or feel on a day to day level - including hockey which used to be India's national game - have, on the other hand, continuously lost popularity.”

The theory, then, is that the familiarity and accessibility of gaming as an activity - “almost everybody in India has touched a mobile game or has played a PC Game in childhood,” says Savara - will increase its likelihood of success as a spectator event.

But as has been shown in recent years, with India entering the top five countries for worldwide mobile game downloads in 2016, mobile is at the forefront of India's gaming growth.

It's also the platform on which Nazara is focused, making its strides into the PC-dominated world of eSports even more unexpected.

But is there a potential for a mobile eSports scene to develop in India, and is this the belief at the heart of Nazara's investment in the area?

“I believe games like Clash Royale have the potential to make mobile eSports big because they are accessible, don't require professional gaming hardware, have shorter playtimes and easy party play."

He coninues: “But if you only talk about India, then it still has a lot to catch up because even the mainstream eSports haven't arrived here in full force. People still don't take mobile games seriously here.”

Even the mainstream eSports haven't arrived here in full force.

Work to be done

In competitive circles, that last point is not specific to India - and this is one of the biggest hurdles faced by Vainglory and any other mobile game with true eSport ambitions.

But it is true that eSports in India are still young, and with this in mind it's easy to see why the likes of Indian League Gaming and Nazara are focusing on established PC titles first and foremost.

If there is to be a splinter movement of mobile eSports, one would bet on Nazara being involved in some way due to its dual interest in mobile games for the local market and building a competitive eSports scene.

It doesn't seem likely that this will happen anytime soon, however, as these movements inevitably start with the committed, hardcore enthusiasts - a group firmly in the PC camp.

Mobile gaming does have a part to play, though. With mobile increasingly the gateway into gaming for Indian players, the growth of mobile games contributes to the growth of the country's gaming culture.

And while not everyone who plays Candy Crush Saga is going to tune in to Counter-Strike tournament streams, it's a process of normalising gaming as a hobby and reducing its stigma, creating an environment in which eSports can become more mainstream.

The Indian eSports scene is laying the foundations with Counter-Strike and Dota 2, and perhaps down the line we'll see Clash Royale and Vainglory.

Nazara to invest $20 million into new eSports league for India