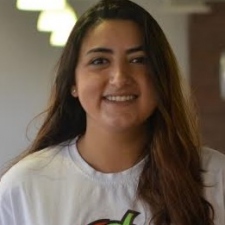 While the rest of the world goes on with their daily routines, more than 2.2 billion Muslims around the world fast from sunrise to sundown for one month.

The entire month of Ramadan is the most sacred time of the year for Muslims, bringing in spiritual discipline, prayer, charity and generosity.

But the reality of the situation is: working hours are cut in half, schools are on vacation and people have double the free time. People stay up until sunrise to refuel for the day ahead and between meals people search for ongoing entertainment to fill their time.

The MENA and specifically Saudi Arabia have one of the highest average paying users in the world and with virtually nothing to do; the internet is their only outlet.

Ramadan has been known to spike up revenue and daily active users. In fact, the month of Ramadan’s boost lasts for a few days after which is the Eid El-Fitr period.

The MENA region generated more than $ 1.1 billion in 2015 alone in mobile games and more than 70% came from Saudi Arabia.

Residents of Saudi Arabia devote more than 44% of their daily screen time to mobile phones, and in the UAE 84% of the population use a smartphone at least as often as a desktop computer.

Start planning a few months before and keep Ramadan in your plan. Think special levels, environments, characters and in-app store packages themed for Ramadan. The three days of Eid Al-Fitr are very crucial as well, sales rise exponentially because people are busy and far from the their PCs.

Start planning a few months before and keep Ramadan in your plan.

This causes mobile sales to increase because consumers are ready to buy, especially if a package is available for a limited amount of time.

Modifying characters, environments and in-app packages aren’t enough to retain or attract new users. Changing the logo, store previews and video ads are crucial, creating a theme that is fit for Ramadan and then for Eid El-Fitr.

Adding Ramadan lanterns as decorations, changing the time of day on environments and maps or simply adding “Ramadan Kareem” in Arabic will attract users to the game.

After altering and modifying previews, videos ads or adding mini-games and levels the next step is finding peak times for marketing campaigns.

This might be a bit tricky because for a whole month night turns into day and vise versa. During Ramadan, Muslims fast from sunrise till sundown, people end up sleeping all morning and go to work later throughout the day.

The most efficient way of marketing your game in the Arab market is through social media channels.

The maximum number of active users comes between 9am to 6am, which is right after the first meal of the day and prayer time. How you market your game and through which channels differ. For example, the most efficient way of marketing your game in the Arab market is through social media channels.

According to Global Media Insight, Saudi Arabia today has the highest penetration of Twitter users in the world, and their per-capita consumption of YouTube is also the highest in the world. In fact, out of a population of 31.85 million, 20.29 million are daily active users on YouTube.

Consider running a limited-time Ramadan sale. It is the best period for special promotions and daily giveaways that will keep users engaged.

An Arabic drifting game called Shake the Metal: Rush was able to increase their daily active users significantly during the holy month by simply adding two exclusive cars, a new map decorated with Ramadan lanterns and lights as well as doubling marketing campaigns.

*Ramadan this year starts May 27th however; the date is still tentative and subject to change.