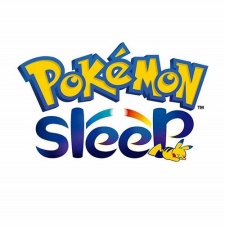 "Everyone spends a large part of their life sleeping and turning that into entertainment is our next challenge," stated The Pokémon Company president and CEO Tsunekazu Ishihara way back in 2019.

Remember Pokémon Sleep? The unusual sleep monitoring mobile game that was revealed at the 2019 Pokémon Press Conference which promised to turn sleep into entertainment? Well, it's now been a whole year (369 days to be precise) since this mysterious announcement and yet we are none the wiser as to what the final product entails.

The game itself is being developed by Select Button, a three-person studio in Japan alongside further assistance from Pokémon GO creator Niantic. Select Button is best known for creating the underrated Magikarp Jump title, as well as cooking game Hunt Cook: Catch and Serve and Survive! Mola mola, essentially an earlier version of Magikarp Jump without the Pokémon IP slapped across it.

The core component of Pokémon Sleep will track the amount of time a user sleeps through an accelerometer found in the Pokémon GO Plus+ accessory. This will then connect via a mobile device's Bluetooth before relaying the information the player. What the actual gameplay will look like is still very much up for debate. In some ways, this is the most exciting element.

More importantly, as the coronavirus pandemic begins to slow down in some corners of the world, has the game missed its opportunity? While Pokémon GO took advantage of the summer, should Pokemon Sleep have made its way to people under lockdown and, to that extent, more people resting?

That said, a poll conducted by Eve Sleep found that people in the UK are sleeping for longer during the crisis, and are consequently experiencing a rougher night's sleep. Who knows, maybe a Jigglypuff lullaby could be the cure?

With Niantic also playing a small role in development, it will be interesting to see what heights The Pokémon Company looks to reach. After all, during Pokémon Sleep's announcement trailer it was heavily suggested to be the direct follow up to the global worldwide catch 'em all that is Pokémon GO. Harry Potter: Wizards Unite may have been the next entry from Niantic, but for The Pokemon Company this looks to be their next major undertaking.

Since launching in July 2016, Pokémon GO has amassed $3.5 billion revenue and 571.3 million downloads (according to data provided by Sensor Tower). An impressive feat to say the least, and something that potentially could be replicated through another activity which all humans carry out, such as sleep.

So where does this leave Pokémon Sleep for the foreseeable future? Nintendo has no plans to hold any type of E3-style direct in June for the first time in years - though it was unlikely the game would rear its (bed) head there - does this mean The Pokémon Company may act and take over this spot? Or will the firm follow Nintendo's recent tactics and drop the game unceremoniously?

It's hard to say at this point with Covid-19 disrupting everyone's plans. Let's just hope the developers haven't overslept on the idea. As with something like Pokémon GO, timing is everything, and a year of excitement and anticipation can quickly disintegrate if the finished article doesn't hit the mark right away.