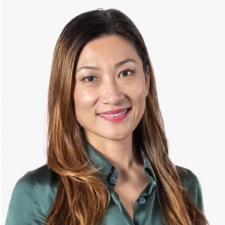 Tiffany Ou is the general manager for the Americas at Nativex.

The rapid rise of China to be one of the top two marketplaces for mobile games has done much to position it as a big opportunity for mobile publishers willing to commit the time, effort and marketing budgets. But there is a risk the most recent additions to an already highly regulated industry mean that the barriers to entering the market are too high for Western publishers who aren't already active in China to consider launching there. And if that's the case, what could this mean for the gaming industry in China?

In February, Apple notified all publishers with apps in China that they needed an ISBN - the official license number for their game - to remain on the store. This wasn’t a new rule; rather, it was the enforcement of a regulation that was introduced in 2016. But with iOS games the biggest earners, it was still a bold move. It’s been suggested as many as 20,000 games could be removed by Apple as a result - but so far we don’t know the actual number affected.

That was at the end of February. Subsequently, the Chinese Government has announced further tightening of existing regulations, as well as strict new rules requiring consumers to confirm their real identity, with IDs checked against a centralized database that publishers need to integrate with. If you don't have an ID (or at the very least a passport if you are not a Chinese citizen) then you won't be able to install and play games.

But perhaps the biggest issue for publishers is the potential penalties they could now face, with large fines, the confiscation of revenues, the removal of apps from stores, or even the closure of the business completely. If you are not a publisher with deep pockets and an existing footprint in China, this could well be a risk too far.

Of course, we have (sort of) been here before. There was a much-publicized stop on granting new licenses for games for much of 2018 which affected both Western and Chinese publishers; Tencent’s profits dropped for the first time in 13 years because it couldn’t get a license to launch PUBG in China.

The difference this time is that, starting with the 2018 freeze, there has been a general decline in licenses granted to Western publishers - tipping the scales towards local companies instead. According to data from Niko Partners on the number of game licenses granted each year, in 2019 only 185 licenses were given to non-Chinese publishers - versus 1,385 given to domestic games.

This suggests that the regulations are in part to stop fraud and weed out bad publishers, and also to reduce the competition faced by local companies. But, as with so many things in China, it is more nuanced than it would seem.

From a Chinese perspective, the new regulations close big loopholes where games could be launched and promoted to Chinese gamers by unlicensed publishers, enforcing rules which have existed for a number of years. Plus it shows more proactive enforcement of false advertising and app fraud, which surely is to be applauded. To non-Chinese gamers, the ID laws may seem intrusive, but Chinese citizens are used to much more government involvement in their lives, linked to a higher level of trust. It’s unlikely that most Chinese gamers will really notice any difference.

And anyway, Chinese games publishers are looking overseas rather than at home for growth. According to data from App Annie, since September 2019 Chinese games have taken 20% market share in the Japanese mobile gaming market, and more than 30% of South Korea’s. In January Tencent spent $100 million for a controlling share of Norwegian company Funcom, the latest in a string of deals Tencent has made in Europe to bolster its overseas videogame business amid tighter regulations in China.

From a Western perspective, the Chinese market may be one of the biggest in the world, but it’s never been the simplest market to enter. These new regulations mean that publishers who have already built a Chinese business should also be relatively unaffected - assuming they can remain compliant. I suspect for publishers without that footprint, other territories will now take precedent.

Although China is by far the largest market in APAC, Japan and Korea are huge markets in their own right. While there are considerable cultural differences to Western markets - requiring sensitive localization and plenty of local-market know-how - there’s not the same level of regulation to get through.

In recent years Nativex has helped many Western publishers promote their games in APAC, and the size and importance of the games market in the region have led to us building local teams in Singapore, Korea and Japan alongside our offices across China. It may be that we’ll see publishers shifting their budgets from China to these other territories, leaving the big domestic publishers to dominate the UA spend on platforms like Douyin, Billibilli and WeChat.

Data taken from Mintegral.com and Newzoo

Outside of these mature markets, Latin America is being touted as the biggest growth opportunity in the coming years. Mexico, Brazil and Argentina are the biggest economies in LATAM, and the regions’ games industry is already worth $5 billion per year. According to recent research from Newzoo, mobile games should account for 51% of total revenues by 2021.

But if both Western and Chinese publishers are likely to look at other markets for future growth, what does this say about the demand for mobile games in China? In the short term, I don’t see any changes; China and the US are still expected to make up 50% of global games revenues this year. And it’s important to note that the demand for other kinds of apps and mobile services continues to grow.

When it comes to the longer term impact on the games industry, the biggest change is likely to be one of perception, with China no longer viewed as the big opportunity of recent years. If this does turn out to be the case then it will be a shame, but I hope that these changes are seen for what they are. Rather than a deliberate attempt to exclude non-Chinese publishers, this is more about an industry which has rapidly matured, and these regulations are in large part an attempt to police thousands of games and hundreds of millions of players by a government which worries about children becoming addicted to games at the same time as investing billions in growing professional esports.

You can connect with Tiffany Ou on Linkedin.