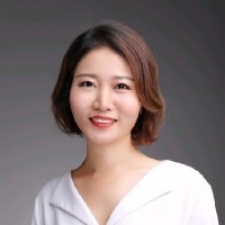 Creating a mobile game that's culturally relevant to the market, partnering with local experts, and getting your distribution strategy right are all essential boxes to tick when entering China's mobile market. However, with increasing levels of government regulation, there is a risk that the Chinese market might be seen as too difficult for Western publishers.

We've written before about the many distribution challenges global developers face when trying to enter China. Get it right, though, and you're well on your way to securing a strong footing in the world's largest gaming market.

However, from June 2020, there will be another box for developers to tick. China is tightening its ISBN policy for developers, with the deadline to comply fast approaching.

What is an ISBN?

An abbreviation of 'International Standard Book Number', an ISBN is a licence issued by China's State Administration of Press & Publication technically needed to operate a mobile game in the country.

ISBNs have been in place for mobile games in China since 2016, and are enforced by China's major Android app stores. Getting an ISBN can be a lengthy process, taking approximately six months (or longer) to acquire, and can be costly.

The process isn't exactly an easy one, either, with games having to go through some pretty strict and rigid tests before getting an ISBN.

Having an ISBN doesn't just qualify your game for Android stores. Having one can also help games be showcased by ad agencies, safe in the knowledge that a game meets all of the state's requirements.

The tightening of the rules in June, though, means that developers will have to work harder and partner with the right local agencies to comply.

What exactly are the changes coming in June 2020?

So many of those games were able to survive not having an ISBN because of loopholes and grey areas within the system.

As of June, though, that grey area will likely disappear. In February, game developers and publishers were told that they would need to apply for and obtain an ISBN before their game could go live and be promoted.

From June, games without an ISBN will be removed from app stores with regular meetings being conducted across the country to ensure regulations are being met.

In short, most existing developers and publishers with games in China, and those looking to enter the market, will need an ISBN to operate in the country.

Why only most, though? There is a caveat to the tightened ISBN regulations; they'll only affect paid games and titles that utilise in-app purchases as a revenue stream. Free games that are supported by ads such as hypercasual titles won't be affected by the regulations.

It's likely that one of the reasons for tightening ISBN regulations for paid games and those with in-app purchases relate to China's stance on mobile gambling, which saw games that may be seen to encourage it – including poker and Mahjong titles – taken off the approval list.

Who wins and who loses?

Regulations were also introduced into China regarding loot boxes last year, which stated they cannot be purchased with either real or virtual currency.

The lengthy ISBN process will likely be used to further identify games that are acting ambiguously with loot box mechanics or encourage heavy in-app spending; a win for a state that doesn't wish for its young population to fall to video game addiction and exploitative developers seeking loot box revenue.

June's tightening of ISBN regulations will also be seen as a win for larger developers and publishers, who have the resources and time to apply for and push through licence applications.

An example of this is the news that ByteDance has achieved its very first ISBN, allowing it to compete with other Chinese internet giants game-wise. ByteDance also has its own mini app store, and will be better positioned to manage who appears on their store, potentially giving them and their future games greater visibility to consumers.

Spare a thought for Apple and developers on its Chinese store, though. Apple gave notice to developers using its Chinese platform that ISBN licences had to be with them by 30 June - and that is what is likely to be the biggest source of disruption to game publishers around the world.

With it taking the best part of half a year to get an ISBN – if they get one at all – this will leave around 21,500 paid games and titles with in-app purchases on Apple's app store without a licence by the cut-off point.

With only a couple of months left to acquire an ISBN, that leaves the very real prospect of a third of paid games on Apple's Chinese store being removed in June.

This, undoubtedly, will cause worries amongst small and medium-sized developers looking to break into the Chinese market.

Many already see it as hard to enter; won't this discourage them and make them look at other territories?

We believe it shouldn't. Tightening ISBN regulations may actually be the wake-up call many developers – especially western ones – need about how the mobile market works in China, and how essential local knowledge of the mobile gaming scene is.

· Underlines how essential a native approach is: To be successful in the highly-lucrative Chinese market, a respect of regulations is crucial. Adopting a China-first strategy and applying cultural knowledge will give you a competitive advantage, and can be refined during the licensing process.

· Makes publishing partnerships all the more important: Local partnerships with Chinese publishers on-the-ground who know the complexities of the licensing process are key to getting in China's many app stores and securing ad space – something publishers like Voodoo, Playrix and Supercell understand well.

· Help you build stronger bridges with Chinese players: Localisation is about more than just translating your game into a new language. Chinese gaming tastes are different from others across APAC. The more time you have to learn about what China's mobile gamers like and dislike, the more prepared you will be when it’s time to apply for an ISBN.

· Makes hyperlocal all the more lucrative: Many hyperlocal games are free and are supported by ad revenue. What’s more, they're adored by China's mobile gamers. Being free of ISBN regulations could open you up to developing more hyperlocal titles and the amazing opportunities they provide in China.

· Make you compliant from day one: If you're looking to break into China now or in the future, being ISBN-compliant gives you a huge advantage from day one of approval. The rules have been in place since 2016; adhering to ISBN and many other regulations gives you a greater chance of success and staying visible on app stores in the long-term.

If you're a game developer with global ambitions and have China in your sights, we'd love to hear from you. Our team can help guide you through processes such as ISBN and what it means for you, as well as providing you with the local knowledge needed to be a success in the Chinese mobile market.