Percentage is even higher in the US 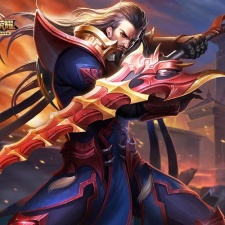 New research from Sensor Tower demonstrates how the mobile game market is growing.

Looking at the top 1000 top grossing mobile games globally, the top 100 titles accounted for 54 per cent of all revenues; $43 billion.

This is broadly the same proportion as in previous years: their share was higher in 2017 and lower in 2019 but only by a couple of percentage points.

What's perhaps more interesting is that the growth of these top 100 titles is faster than the other cohorts.

In comparison, in the more mature US mobile gaming market, the top 100 games accounted for a mssive 64 per cent of all spending; $14 billion.

This suggests that as the global mobile game market matures, the top games will take an increasingly large share of revenue.

After all, it's long been assumed that mobile gaming is a winner-takes-all-market.

You can read the full report at the Sensor Tower blog.