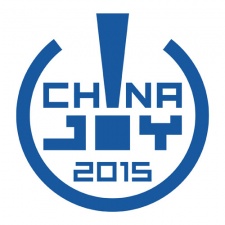 "China today is quite different from a decade ago. Nowadays a game show is more like a paradise for young people, full of joy. People now tend to express their feelings more than ever. This is why we named it ChinaJoy originally," said Mr. Shawn Luan, Vice President of Howell International Trade Fair Ltd, the organizers of ChinaJoy, when he was interviewed by the Discovery Channel.

As China's most influential and comprehensive largescale game exhibition, ChinaJoy has struggled through 12 years, overcoming hardships and frustrations that only a few people know about.

Each year, ChinaJoy shows changes, developments and breakthroughs to the game world: getting bigger, opening new halls, and expanding from business-to-consumer (b2c) to business-to-business (b2b).

It embraces record attendance year after year by focusing on everything from overall control to small things such as Expo VI design.

The data published in 2014 shows ChinaJoy exhibitors exceeded 500, coming from more than 30 countries and regions. They brought their latest products and technologies to the show, and generated business estimated to be worth over $250 million (preliminary statistics).

The total number of visitors at ChinaJoy 2014 reached 250,224, of which over 50,000 were professional and trade visitors from nearly 30 countries.

Can you imagine, in 100 days time, when the world's largest game show kicks off by the side of Huangpu River in Shanghai, what kind of surprises will it bring to players and industry practitioners?

According to statistics, during the four days of the b2c exhibition and three days of the b2b trade show, the total number of visitors at ChinaJoy 2014 reached 250,224.

Of these, over 50,000 were made up of professional and trade visitors from nearly 30 countries around the world, as well as 3,000 media representatives.

For ChinaJoy 2015, these figures are expected to be broken again.

The b2b area will be expanded, and the b2b showcase will strengthen the capabilities of business, to best meet the commercial needs of game-related enterprises.

The b2c area will be improved to provide better matchmaking services for exhibitors.

Another addition in ChinaJoy 2015 will be a thematic hall for living-room entertainment including console games, OTT set-up box, smart TV entertainment hardware and VR devices, so players can get to experience these games in the best environment.

2014 was the year that saw explosive growth in China's mobile game market.

This momentum is likely to maintain in 2015.

In contrast, January to November 2014, while the market share of mobile games was increasing, the share of client-end online games was hemorrhaging.

As of mid-November 2014, its share had decreased to 53.3%, while the mobile game's share increased to 33%. However, the sector remains the major player in terms of the Chinese market. Mobile games hasn't yet overtaken it.

Another trend is the increase of new online products and more leading enterprises engaging in the very hot IP licensing market.

Each year when ChinaJoy is over, both individuals and the media discuss the show, including positive and negative feedback from different perspectives.

Over time, these comments have become more and more positive.

As highlighted in the "How China Works" program on Discovery, ChinaJoy was described like this:

"Held in Shanghai, ChinaJoy is an embodiment of Chinese cultural creativity and self-expression, and an evidence of China's booming throughout these years.

"The event annually attracts more than 200,000 players to Shanghai New International Expo Center who look for popular games, advanced digital technologies and the latest entertainment apps. Here, technology has given youngsters a wider platform for performance."

This article was jointly planned and written by ChinaJoy and Mofang.com

You can find out more about ChinaJoy 2015 via its website.