In-depth analysis of the sector with input from Animoca Brands, Ember Entertainment and 6waves 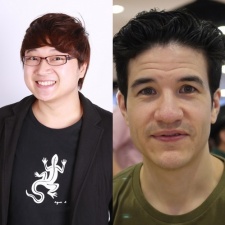 Ahead of the first-ever Pocket Gamer Connects Hong Kong on July 17th and 18th, we took the chance to speak with the industry's top players to take the temperature of the local games scene.

With China right next door and the similarly-small South Korea punching well above its weight, the tiny territory south of China should be well prepared to hit it large on the international scene.

But it might be a little more complicated than it first looks to break big in Hong Kong. We spoke to three firms making a mark on the region's scene, including Animoca Brands, Ember Entertainment and 6waves, to find out what it takes to succeed in Hong Kong.

What they tell us was the story of a country struggling to find its feet. While there are plenty of opportunities to be found in Hong Kong, a number of factors have kept its fledgeling industry from truly booming.

Setting up a studio in Hong Kong isn’t easy. Our respondents claim that thanks to a relatively high cost of living the games scene is yet to take off in the same way it has in nearby China, Korea or Japan.

“The cost of games development is expensive so it might not be easy for small developers to sustain,” says 6waves VP and head of publishing Billy Chan (pictured main, left).

“Thanks to the boom in co-working spaces in recent years there have been more start-ups, but the games development scene is still pretty small. Of course, just over the border in Shenzhen, the scene is enormous.”

The cost of games development is expensive so it might not be easy for small developers to sustain.

It’s not all bad for the Hong Kong scene, though. Ember Entertainment manager Joseph Ku tells us that many companies are finding their feet developing multiple smaller mobile games, seeing what sticks and rolling with it.

“Games studios in Hong Kong mainly focus on mobile games development, with a long tail model, and make a bunch of small games, see how they perform in the market and then decide the direction of the next game.”

MadHead Limited’s Tower of Saviors is cited as the source of a games development boom in Hong Kong back in 2013. But Ku tells us that there hasn’t been a big hit in the region since, and excitement has since simmered. This is a sentiment shared by Chan.

“Quite a lot of small game developers appeared a few years ago," he says. "Going into this year, we are seeing small developers are hard to sustain, resulting in closure.

“I would say it's getting a bit harder for game developers to survive.”

Hong Kong is said to be a fantastic place to import talent. As a bustling hub nestled between China and the wider APAC region, the territory is a welcoming one to foreign workers.

Its welcoming nature is not only a boon for workers looking to set up with a studio in Hong Kong, but also helps offset some of the ways local structures can hinder games companies by helping them go global.

“Hong Kong people are multi-cultural," explains Chan. "They are able to speak both English and Mandarin fluently. They are able to communicate with any parties in the world and they can work with people around the world.”

Animoca’s Yung goes further, stating: “Thanks to the relatively low salaries tax rate, we can offer competitive salaries to imported talent. Bringing in overseas talent is easier than in almost any other country from a visa standpoint.”

There’s one space where Hong Kong excels, according to Yung. Blockchain is big and there’s no shortage of talent and knowledge for crypto companies looking for a new home.

“If you're going into blockchain gaming, Hong Kong has one of the highest concentrations of blockchain companies in the world, which are a great resource to draw upon," he says.

If you're going into blockchain gaming, Hong Kong has one of the highest concentrations of blockchain companies in the world.

Looking further afield is vital for more than just staffing up, too.

“The local market is very small, just 7.5 million people, so you must be export-oriented and build for the region or the world,” continues Yung.

“This presents challenges to small dev teams, whereas American or Chinese mainland developers, for example, can focus solely on their domestic audience.”

However, while Hong Kong may find itself in an ideal location to connect global markets, finding financial support can be challenging for the local industry.

"Funds and resources are quite limited," says Ku. "Due to the uncertainty, not a lot of people or investors are willing to 'lay the golden egg' by becoming publishers.

"The Hong Kong games industry is fairly new, about 10 to 15 years, but the growth is very slow when compared with Korea or Japan."

Our three respondents remained cautiously optimistic about the future of the Hong Kong games scene. While a troubled market, for now, there's potential to be tapped in the tiny territory.

Yung believes the future is bright for Hong Kong and hopes that the country “will continue to thrive as a bridge between China and the rest of Asia and the world".

“From a games development standpoint, the multi-cultural heritage of Hong Kong means that local studios can develop compelling games for Western audiences where the cultural divide for Chinese, Japanese and Korean developers is often too wide to bridge effectively," he explains.

The Hong Kong games industry is fairly new, about 10 to 15 years, but the growth is very slow when compared with Korea or Japan.

Ku is equally hopeful, claiming the games industry “could be the future of Hong Kong” in a similar way to the rise of the Polish development scene around CD Projekt.

He also hopes the esports scene will gain traction in Hong Kong and help convince the government that games is a space worth supporting.

“Late is better than never, I hope there will be more resources and funds coming to the right place," says Ku.

"Some people think we only need to build a stadium for esports, but in fact we need a healthily growing games industry to support the culture.”

While more muted in his optimism, Chen still feels Hong Kong is only going to continue to punch above its weight.

“While I don't think it will be growing fast, it is still one of the most important markets in the world in term of revenue," says Chen.

“From our experience, the revenue in Hong Kong is actually quite high when compared with most regions in the world despite its small population.”

Want to find out more about the Hong Kong Industry? We're holding the inaugural Pocket Gamer Connects Hong Kong this July 17th and 18th, with tickets available for purchase here.

Looking to share your own know-how on the region's gaming sector? We're still on the lookout for more speakers. Head here to pitch in for the July event.