Female gamers are a key opportunity for us 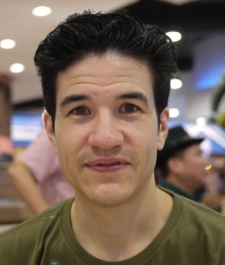 Robby Yung is an entrepreneur, investor, advisor and seasoned executive who has helped bring a number of start-ups to the next level in China, Hong Kong and the US.

He is currently the director of business development at Animoca, a leading developer and publisher of mobile games and edutainment apps for global audiences.

At Animoca Robby heads up all strategic partnerships and alliances, helping the company expand its footprint throughout the world.

Robby Yung: The biggest headlines have been the eye-popping scale achieved by mega-games like Puzzle & Dragons, and the most significant event of 2013 is Japan surpassing the US in terms of gross mobile game revenues.

The biggest headlines for Animoca were the continued success of the Star Girl franchise and the strategic investment by Forgame, one of China's biggest web game companies.

The continued consolidation of the industry is causing marketing costs to skyrocket, so that platforms and marketing channels end up serving primarily the biggest publishers.

For the consumer, this will lead to less innovation and variety.

Marketing and distribution continue to be incredibly tough for indies, who must rely on editorial featuring by the platforms or viral/social channels to gain mindshare.

The opportunity is huge, but also limited by specific games - just like Hollywood can export action films globally, but other genres don't necessarily translate across borders.

In terms of most exciting markets, 2014 will be very similar to 2013: Korea and Japan will continue to be trend-setting high value markets, and China will be tackled best through partnerships (as usual).

I look forward to learning the strategies used by other companies to deal with the rising costs of marketing.

I appreciated in particular Candy Crush, viscerally (as a player) but also cognitively for what it showed about casual/social games.

From our own stable, I'd have to say my favourite titles are in the Star Girl franchise. Even though I'm not the target player, I see how well people get engaged with it, and I like the interesting advertising opportunities it presents.

Our industry largely ignores female gamers, and that just means more opportunity for us.

I don't have a New Year's resolution, but if I could enforce one on the industry, I'd make the platforms accept alternative payment methods - but I know this is just a dream...