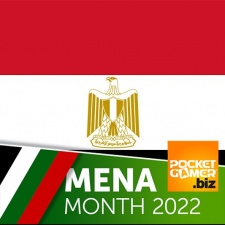 While gaming is popular and has a growing audience in Egypt, the country’s true potential as a market remains to be realized. With a population of 102 million people, Egypt is by far the largest country in MENA (Saudi Arabia, by contrast, has a population of 34.5 million). Egypt lags in gaming ARPU (just US$4.50), and gamers number 38 million in a nation that has just 57% internet penetration.

Esports are also gaining popularity in Egypt. The nation has hosted tournaments such as the Insomnia Gaming Festival, and Egyptian teams have scored some high-profile victories. Counter-Strike, Fortnite, and other Western titles enjoy enormous popularity among Egyptian professional and amateur esports gamers, and livestreams and videos of games are also proving to be very popular with Egyptians.

Two chances to visit the MENA region this year

To find out more about business opportunities across the whole Middle East and North Africa regions, attend Pocket Gamer Connects Jordan 2022 - it's two days of networking, learning, and presentations expected to be attended by well over 700 gaming industry professionals from all over the globe.

Meanwhile, CEOs and founders can join global and MENA leaders two weeks later in Riyadh for our first Leaders Summit at the end of November.