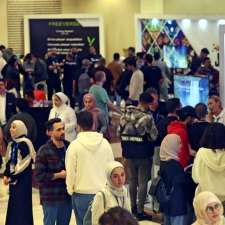 In our recent series of articles on the Middle East and North Africa gaming markets, we revealed the exciting developments in investment and player enthusiasm across the region. Now that you've seen the market opportunities by country, here are some ideas for those who’d like to join the market themselves and grab opportunities with both hands.

We spoke with Samer Abbas, a Jordan-based incubator executive, and Ahmed Alsafar, a gaming industry consultant for MENA, for their insights on the elements needed for success in MENA games. There is indeed opportunity for the savvy business person or experienced developer, they both note, but success in the market boils down to doing your research – and understanding the region’s unique audiences for games.

“We’re a market with 22 countries, but with a shared language, heritage, and religious history – and with a population bigger than the United States at 400 million,” Abbas explains. And just as with the U.S., he says, it’s easy to assume MENA countries all have the same desires for gaming.

“As someone who lives in the region, it’s like if someone says to me, ‘Let’s open a fishing business in Bangladesh,’” he says. “It feels super alien.”

That said, local developers and publishers throughout the MENA countries also show a passion for mobile gaming. “Most developers or anyone who is connected to IT in MENA, especially in gaming, have a huge hunger for success,” Alsafar says.

Following are Abbas’ and Alsafar’s suggestions for making a successful play for a piece of the mobile gaming market in MENA, if you, too, have that hunger.

1. Expand your networks – and get to know developers

Abbas started his career in market research and was interested in game design but didn’t have the background or connections to that industry. To grow his network, he joined a gaming portal and created a game jam, in which people create a game on an accelerated time frame.

“I went from market research to talking to everyone on a business level,” Abbas says. “The game jam brought me close to the talent, especially developers – you could see that a lot of people were finding work from this project.”

2. Expect to take the lead to instil discipline into your team

For a host of cultural reasons, Alsafar says, MENA developer teams may not be as deadline-oriented as people in the Western world. Unlike in the West, where talented people tend to leave home young and often attend university far from home, employees in MENA may still be living at home and not used to the structure of business.

“Game companies need Western-style discipline,” Alsafar says. “People have to understand the importance of crunch times and deadlines.” That means bringing in leaders with experience outside MENA, who know how to deliver results and keep to schedules. “You need to work with companies or entrepreneurs that don’t just have a plan but know how to manage a team,” he says.

3. Consider publishing, instead of launching a game

Becoming a game distributor is arguably less risky. It’s also a way to get a foot in the door of a local market.

“Instead of trying to bring in a game from outside a country, it may be more appealing to build a distribution platform,” Abbas says. “You can bring in games that are already successful to an untapped audience.”

Abbas points to Saudi Arabia’s GameFounders incubator as an example of providing the guidance and support new companies will need. “We’re bringing in 50 regional mentors who are giving virtual sessions and talking to teams,” Abbas says.

5. Aim for games with social components

Gamers in MENA tend to like building communities, says Alsafar. “We like to compete – we’re very social, but we’re also very competitive,” he explains. “And we like to brag about our successes.” Gamers need chat, he says, if they are to build community and provide the social environment that MENA gamers want.

6. Support and guide your communities

“Communities and chat have to be managed,” Alsafar says. “Gamers want calm communities, and they also need support.” For example, gamers might need to read short descriptions of gaming levels or watch videos explaining features.

Without this support in Arabic, Alsafar says, audiences will drift away. “Sometimes players will test support by writing some silly question, just to see if they get an answer,” he says. “If there is no response, gamers will know there’s no Arabic customer support, and they won’t invest any more time in the game.”

Discover the region for yourself

Early in November, we hosted PGC Jordan near the Dead Sea, and it was a triumph, with some 1,400 people attending to network and share knowledge. And next week, we're hosting PGC Leaders Summit Riyadh, a chance for CEOs and senior decision-makers to meet in Saudi Arabia to discuss the burgeoning games scene in the region. The schedule has been published and tickets are still available.