GREE's CEO on the means to social ends 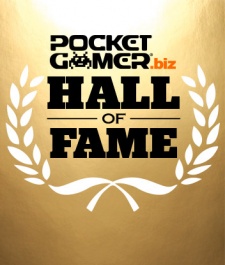 Yoshikazu Tanaka founded GREE in December 2004, and serves as the company's founder and chief executive officer.

While at Rakuten, Inc., he started developing the social network GREE in his spare time. Tanaka earned a bachelor's degree in law from Nihon University in 1999.

During my childhood I used to play games so much that my parents would beg me to stop wasting my time. But I didn't actually have any particular ambition to pursue games as a career myself.

Then during my junior high school years, I was really inspired by a book about the information revolution. Later in my university years I got interested in the internet and its potential, so I decided to get into the internet business.

What has always interested me about games is their inherently social side. Games - in whatever form or whenever the era - have always been a fun way for people to communicate with each other.

What is different now is the level to which mobile technology and connectivity have advanced, enabling people to play games whenever and wherever they are.

Ultimately I see games as one part of what I want to achieve; a means rather than an end.

Having recognized the business possibilities of the internet, I took a job at an internet service provider after graduating. I was involved mostly in corporate planning and back office work. But I wanted a chance to do something more hands on and create new services myself, so I changed jobs to Rakuten, which had only recently emerged as a new internet venture company.

I worked as an engineer, learning programming from scratch, and I planned and developed a range of different internet services from auction, blog, and product review sites to an ad network.

In terms of my personal success, that would be the social networking service GREE that I set up in Japan. I planned and developed GREE not as a business but as a hobby. Then when it grew to a scale that I could no longer manage on my own, I quit my job and started up a company to make it into a business.

There were some tough times when I struggled to grow our user base and increase revenue, but I made the call early on to shift to a mobile-focused service. That positioned GREE to then become first in the world to launch a mobile social game with the fishing game Tsuri-Sta, which is still going strong in Japan, six years on.

In 2005, I saw what a major hit the Nintendo DS was, and I realized that we were moving into an era when games would no longer be limited to high-spec hardware like gaming consoles; an era of mobile games that anyone would be able to enjoy casually.

It also occurred to me that if, rather than needing a dedicated portable gaming device, you could play games on the mobile phone you carried around with you, that would increase the opportunities to enjoy games even further.

Two things come to mind: the introduction of fixed billing on mobile phones and the launch of the iPhone.

One thing I feel proud of recently is the progress we have made in the US. I think that shows GREE is gaining ground with a global audience.

As for regrets, I've had a few of course, but I can't afford to dwell on them too much. Once you work out what you could have done differently, you learn something. Then you just have to carry on.

It's really hard to single out a few titles, but in general I've been paying most attention to games featuring guild battles. So I've playing a couple of guild-based games that are available on GREE in Japan: Shingoku no Valhalla Gate by our partner developer Grani, Inc. and Driland Maougun vs Yuusha, the first game to be released by GxYz, Inc., our joint venture with Yahoo! Japan.

In terms of games available outside of Japan, I've also been enjoying Knights & Dragons, which we developed in collaboration with IUGO Mobile Entertainment Inc.

The history of computing is one of miniaturization and that trend is sure to continue. As smartphones, tablets, and other smart devices become less expensive and higher spec, I think we'll see the spread globally of mobile devices with computing power on a par with game consoles.

When that happens I think we'll see a rapid conversion of the potential market in mobile games into real growth. So in emerging countries where the game market has yet to be developed, you'll have an environment in which anyone is able to play games easily.

When that happens, I look forward to seeing our games played all around the world.

In which area do you hope to make a difference in future?

I want to move ahead in exploring and developing further the three main transformations triggered by mobile social games: in communication (enjoying games designed around continuous connectivity); in distribution (being able to download new games wherever you are); and in sales methods (being able to purchase as little or as much as you want of game content).

In doing that I hope I can play a part in creating an environment that makes mobile social games truly accessible and fun for people all around the world.

And if you have a suggestion for someone you think should enter our Hall of Fame, please email jonathan [dot] morris [at] steelmedia [dot] co.uk