Bringing Excalibur to the west from Beijing 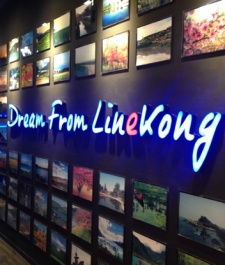 Beijing-based LineKong is no stranger to the world of bringing western themes to Chinese gamers.

Its flagship title Excalibur resonates with European mythology, and found a strong audience both in China and the rest of the world.

Yet even as Excalibur soars, many of LineKong's games such as Mad World incorporate a distinctly Chinese 'Three Kingdoms' setting.

We caught up with LineKong's business development manager Johanna Ji to talk about how LineKong has become a dominant player in China's mobile scene.

Pocket Gamer: LineKong got its start with web games, but CEO Wang Feng took a 'bold and crazy risk' in switching focus to mobile games. What was the reason for this change?

Johanna Ji : Our CEO has said that doing mobile game was firstly done only out of curiosity. Back in 2011 LineKong faced its first turning point and changed our focus from client game to micro-client and browser games.

And later in 2012 we have launched the mobile game MadMice Pro in the App Store to test the market. Surprisingly, it hit the #1 spot in the Free Game Charts for iPad within the first three days of its release.

This was a good start for us to enter the mobile game market, and in April 2013 LineKong officially announced our transition into a mobile game developer.

Our flagship title Excalibur, a side-scrolling mobile action game, was in the top grossing charts in both iOS and Android stores for months.

As of August 2013, we have over 120 domestic cross promotion partners, its total download number reached 20 million, and now monthly gross revenue is about $7 million domestic.

And Excalibur is also available in Taiwan, Korea, the SEA region, America, and Europe. Soon, it'll come to the MENA (Middle East and North Africa) region, Russia, and Japan.

If a developers looking to find a large playerbase in China, should they consider launching a web game or a mobile game?

In the current Chinese web and client game market, you will no longer be relying solely on innovation in development to attract players, but instead you'll only compete in marketing distribution resources - budget - and game graphics.

It doesn't make sense to be caught in this situation. But the way that the mobile game market is progressing right now, you will have many more opportunities there.

The Chinese gaming market is huge, and themes and categories are rich. Because of the enormous user base here, we need to meet very different demands.

We have sufficient users to respond to games with different themes, so that makes us think the quality of the game is the most important part - not the theme.

This is very unlike the Japanese players who have a very long comic/animation culture and prefer games with specific art.

LineKong has always insisted on developing quality products and creating unique and original gaming experiences which are not based on complex business planning - we think three minutes gaming is enough to provide the player great gaming experience!

You handled the localisation for Excalibur in-house, how difficult was this process - especially when looking at markets like Turkey and the west?

Speaking of the localisation for MENA markets, indeed there were many difficulties in development.

For example, we had to redo the whole interface for them, because they usually read from right to left, also we have to pay attention to the usage of forbidden vocabulary and images and we need to remove all the "pig-related" bosses and NPCs in the game.

The MENA version usually consumes much more development time than other language versions, but we know proper localisation is a must if you want to share the overseas cake. We cannot just upload an English version, and hope the rest of the world goes along with it.

And for western markets, we're very appreciative of the suggestions from our overseas publisher, because they know the market very well and they know exactly what content needs to be changed to fit into the local market.

We plan to continue our focus on developing quality mobile games and building domestic distribution channels, but we also plan to do more in overseas business in 2014 on our own, because so far we only out-license our games to overseas publishers.

In total, there are 13 mobile titles developed by our own product teams that are waiting in the pipeline to be published globally in the next year.

At the same time we plan to enlarge our portfolio by in-licensing high-quality mobile games of different categories.

Strategically, LineKong will be issued a globalised distribution system with a plan to focus on South Korea, Taiwan, and the SEA area, but we also plan to begin putting our footsteps in the European and American markets.

We hope not only to export quality products to overseas players, but also import the outstanding games from overseas developers to mainland China.