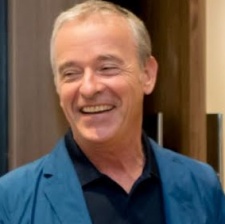 The International Mobile Gaming Awards (IMGAs) has been going since 2004, rewarding developer talent with accolades and recognition for their hard work and creative successes.

It's important to note that this started before the smartphone boom and the App Store that changed everything in the sector. Mobile titles were vastly different from the smartphone-powered touchscreen experiences they are today.

As IMGA founder Maarten Noyons notes, most of the entries when the IMGAs started were experimental.

"It was a bit like the first entries we received for VR and AR two years ago, or mixed reality games today: very promising games, but basically a tech demo," he explains.

"Mobile games in 2004 were still under 1MB. Actually, mobile operators, who were the main distribution channel, were requesting games developers to deliver games under 200KB. The larger games would take too much time - and money - for players to download."

Noyons says though that these restrictions and the absence of tools like Unity, which itself has done much to - as the company itself would put it - democratise development and bring games to the masses, provided significant challenges for early mobile devs. So too did a wide fragmentation of handsets and operating systems.

These early challenges, combined with the IMGAs making a name for itself, resulted in 85 entries for the competition in 2004.

Now 14 years later, in the last year it has reviewed 3,000 games across four competitions: the local IMGA China, IMGA Southeast Asia, IMGA MENA events, and the IMGA Global, the latter held in San Francisco during GDC on March 1st 2018.

The San Francisco event brought together all the games nominated in previous competitions, plus a few new entries, and pitted them all against each other across 15 categories.

Noyons says the judging process was elaborate and unique to the event, involving rounds of test before a game is even nominated.

“After reviewing [the judges’] scores and reviewing all the games again on quality we make a pre-selection of about 150 nominated games. Usually 50 out of the 150 are unpublished,” says Noyons.

“The final stage of the judging is the gathering of our on-site jury in one place and have them play all the games. They all receive a few larger games two weeks before the actual judging session. These games are the ones you cannot evaluate in half an hour of play, but need more time.”

This year’s event saw the judging process take place in Helsinki as part of a new partnership with the city, where it will continue for the next two years.

Live operations are becoming more and more important and games are in a constant evolution.

“I am very proud of this partnership. Helsinki is an amazing place, where a lot of things have happened, such as the creation of the first mobile game, and where a lot of innovative creators are working on exciting stuff.

“Our plans with the city are ambitious, so stay tuned, we may be able to announce a new project shortly.”

Winners at this year’s IMGA Global included names like Arena of Valor (Honor of Kings), Bury Me My Love, Framed 2, Old Man’s Journey, Hidden Folks, The Witness and Life is Strange.

Noyons feels this year’s winners and nominees showed off the complexity and dynamism of the games industry, and show just how far free-to-play games have come when it comes to quality and keeping players engaged.

“Live operations are becoming more and more important and games are in a constant evolution, which makes it hard for us to judge them,” says Noyons.

“On the extreme opposite side, we had some very attractive premium games, gorgeous art and design, amazing sound and interesting gameplay. I was very impressed by this new wave of narrative games, who all tell stories in a large variety of techniques.

“What is remarkable is that we are now seeing much more Asian games in the final stages. I think this will only grow in the coming years. Last but not least, we had a few great VR game in the final stages and the winner is truly exceptional. Having said that, all the winners are spectacular and are a must to play.”

Another notable trend on show of late is how many typically console and PC triple-A titles are making their way to mobile.

A brand new prize was created in reflection of this, Best Port to Mobile, with titles like Super Mario Run, Animal Crossing: Pocket Camp, Final Fantasy XV and now more recently PUBG Mobile, Fortnite and Eve Online all coming to the platform. The Award was one by puzzle game The Witness during the IMGA Global ceremony.

Up next for the IMGAs in 2018 is the IMGA Southeast Asia. The call for entries is set to begin on May 9th, culminating in an awards ceremony on October 25th 2018 in Manila, Philippines.

Other shows are also set to take place in the MENA region (submissions open May 8th) and in China.

But those aren’t the only plans afoot for the event series.

“Other plans for this year include the preparations for IMGA Korea and IMGA Europe,” says Noyons.

“The big picture is to add South Korea, Japan and Europe as separate competitions and events and to make the global competition truly global.”