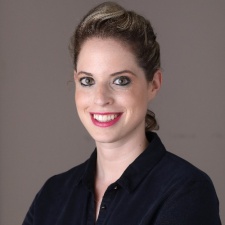 For years now Chinese games publishers are slowly taking over the world.

Their influence can be felt in both the games they release at home and abroad, increasing the industry’s overall market value, and in their M&A activity with companies abroad.

At home, the likes of Tencent’s Honor of Kings (also known are Arena of Valor in the West) and NetEase’s Fantasy Westward Journey are making billions. Just take a look at this SuperData chart to see how much money these games made in 2017 - within a market valued at $$121.7 billion, according to Newzoo. China’s games industry alone in 2018 is said to be worth $38 billion.

Internationally it’s never been a walk in the park though, particularly in the West. While Tencent is investing heavily in making Arena of Valor a success in the region, heavily localising the content right down to a voted-for name change (instead of Honor of Kings), the game has yet to replicate the kind of success it sees at home as the world’s biggest mobile game.

Even so, it’s still one of the more prominent Chinese companies in the West.

Speaking to PocketGamer.biz, Rivi Bloch, division CEO of mobile advertising platform Taptica, says the Chinese publishers performing the best are the ones that entered the market early back in 2014 and 2015.

If a Chinese company operates its UA activity overseas the same way it does in China, it's most likely is not going to replicate the home success.

Bloch also puts the success down to patience and understanding of the differences in user acquisition strategies from region to region.

“If a Chinese company operates its UA activity overseas the same way it does in China, the company most likely is not going to replicate the home success,” says Bloch.

“They need to understand the overseas market and embrace the fact that it might not have a strong influence over local players, especially in mature and long-established markets, such as the US and Europe.

“Not only do they need to adapt the UA strategy based on the needs of each market, but they also must adjust the games based on the tastes/likings of the overseas players, whether to localise the games, change the style of the graphs, or even alter the storyline to better fit the culture.

“This might take a while. A good example is Clash of Kings. It took Elex more than a year to test and adjust the game prior to its official launch. Whether a company will have the patience for this is also a factor to success.”

Chinese heavyweights Tencent and NetEase have been using another method to better expand their presence in the Western market and increase their chances of success in the region: M&A.

Tencent has invested in a plethora of companies in Europe and North America, and has large stakes in the likes of Clash of Clans developer Supercell, Episode maker Pocket Gems and Design Home outfit Glu Mobile, to name a few.

NetEase meanwhile has recently picked up a stake in London tech firm Improbable and invested $100 million in Destiny studio Bungie.

“As a shortcut for Chinese companies to conquer the overseas market, it is fairly important to identify the experienced publishers/partners that can bring you the global supply and understand the local demand,” says Bloch.

All the while these Chinese publishers are making moves abroad, at home Chinese regulators have recently enacted a freeze on granting licences for new games and monetisation in existing ones. It’s a blockade that has been in place since March 28th 2018, due to the restructuring of a new organisation called the State Administration of Radio and Television (SART).

New releases have still been coming out, including NetEase’s highly successful recent launch of God Night, thanks to already previously granted licenses. But Tencent meanwhile has been unable to implement in-app purchases into one of the country's most popular mobile games: PUBG.

While the end may be in sight in a few months, there’s still no real indication of exactly when the freeze will stop.

All the while, the new body has recommended a set of new regulations that will limit the number of game releases and restrict playtime. It’s all part of the Chinese government’s stated efforts to reduce myopia rates in children.

Such an announcement, combined with the licence freeze, has shocked the Chinese games industry, causing Tencent to shed $20 billion off its value after the announcement.

So is the world’s biggest games market under threat of losing its place at the top of the industry? While the big publishers may recover, they’ll be glad they made those international investments in a market constantly prone to change. The small studios, however, may not be so lucky.

“In the short run, I expect to see a negative impact on the Chinese games markets,” says Bloch.

“Many small developers might not be able to survive and hence, will likely be out of business. To restrict the age and playing time is also concerning.

“But, I don’t think the Chinese government is ready to lose its title as the world’s biggest games market and the needs from the Chinese players will remain strong.

“In the long run, though, I think it might benefit the Chinese gaming market. The limitation of the new game licenses can encourage games developers to focus more on the quality of the games and create an elimination system, which will give the high-quality games a better chance to enter the Chinese market, whether they are developed in China or overseas.”

Want more insights into the China market? Pocket Gamer Connects London (January 21st to 22nd) will have a whole track dedicated to Global Publishing, covering the Asia markets in-depth. We'll have more information to share soon, but if you're interested in speaking or attending the event, head over to the website.