No signs of issues being resolved 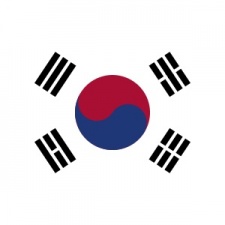 South Korean developers and publishers have not been able to obtain new licenses to release new games in China since March 2017, according to a report.

We reported last year that China had frozen licenses for South Korean developers as part of a response to the country’s THAAD missile defence system built in partnership with the US.

The goal of the system is said to be to help the US protect itself and its allies from perceived threats such as North Korea, but China claims the deployment threatens its own security.

According to app analysis company IGAWorks, as reported by Business Korea, the ban is still in place 17 months later.

Meanwhile, Chinese developers have been able to release their own games in South Korea.

Locally the situation is seen as giving Chinese companies an unfair advantage over their South Korean counterparts.

An official from the Ministry of Culture, Sports and Tourism said it had tried to get in contact with the appropriate Chinese regulatory bodies but the government “is not responding”.

While it will provide limited comfort to South Korean developers affected by the block, games companies the world over are currently unable to obtain new licenses to publish their titles in the country.

According to the South China Morning Post, the newly formed Chinese regulatory body, the State Administration of Radio and Television, has not granted any new licenses since March 28th for any mobile game.

No reason has been given for the current suspension. However, it comes amidst a crackdown on rule breakers on the Chinese app stores, specifically those alleged to be hosting inappropriate content.

One of Asia's biggest B2B and B2C conferences G-STAR will take place in November. Should the ban continue, it will surely be a big topic of debate for many attendees.