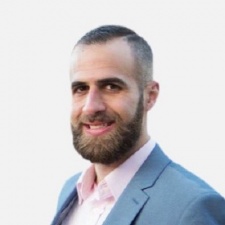 Today we're speaking to Lab Cave chief marketing officer Enric Pedro, ahead of his session on app store optimisation and how it can help developers improve profitability as well as a panel spot about embracing the complexity and compliance in modern user acquisition.

Lab Cave Games was founded in 2013 by brothers Fernando and Oscar Garcia after asking their parents for a loan.

In February 2017, the company was acquired by technology media firm Fibonad. Pedro joined in June 2018 and has been helping Lab Cave to focus on growth, development and advertising ever since.

Enric Pedro: Lab Cave initially started as a mobile gaming company but since then we have evolved into a mobile growth company, although we still develop and publish games.

I'm the chief marketing officer at Lab Cave. Which means that I oversee anything that has to do with the outreach and relations of Lab Cave, with existing partners such as developers, service providers, game publishers etcetera and industry stakeholders like Apple, Google Play, industry authority sites, and so on.

About a year ago we started offering more services to third-parties (such as our app store optimisation expertise), plus we have recently released our mediation tool which is taking up a good chunk of my time.

It's an extremely competitive market but I believe that with the team and expertise that we have in-house, we are making a difference and showcasing how things do really need to be done.

As many professionals in this industry, I have been playing games since I was really young, with my first game being Lode Runner on the Apple II.

Since then I have been playing video games all my life, though not as much as I would like to now, however I knew that at some point in my career I would be able to get into the profession.

If you are passionate about something it just makes sense to try to invest as much time as you can on it, and if you can get paid, even better.

If English is not your main language, make sure to learn enough so you have at least a decent level to be able to communicate with other people from other backgrounds or languages. This is key since it will make your profile appealing to most gaming companies.

QA can be quite grinding but I do know of a lot of people successful in the industry that started doing it and moved to other roles more in line with their passions.

Hyper-casual has been of course quite an interesting trend which I keep a really close eye to. The move from developers like Epic Games with their own stores has certainly caught my attention too.

China's video game freeze has been scary. Most people forget that it's the world’s largest gaming market. It might seem really far away to the West but actions like this have a dramatic impact in our industry.

It’s becoming easier and easier for developers (and non-code friendly people) to develop and release their own games. Eight years ago, development would have meant months and months of slogging away, which can now be achieved in just a few days.

This translates into more games and therefore more competition, which I believe is always healthy for the industry since it pushes developers to improve further their upcoming titles. The new generation of mobile devices are more powerful than the MacBook Air I’m writing this on.

Mobile games will become closer to their console and desktop counterparts. The improvement of mobile networks and upcoming services similar to what Stadia will be, clearly showcase where things are going to.

I had to install games with about 20 floppy discs which took me over an hour. Now I can try a game without even installing it on my device.

What was used to be seen as something just for male teenagers is now mostly played by female players over the age of 35, even though this demographic doesn’t consider itself to be ‘gamers’

To see what the Asian market is coming up with in terms of gaming and learn about the latest trends in person.

One thing is reading about something but to discuss with like-minded people from different backgrounds, share opinions and learn from each other in person is far more appealing.

Find out more about Pocket Gamer Connects Hong Kong 2019 on the website.