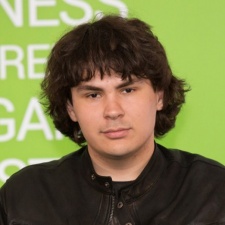 Today we're speaking to Black Snowflake CEO and co-founder Filipp Karmanov ahead of his session discussing the impact of HTML5 in 2019 and where this could lead to in the future.

In Karmanov’s talk, he will cover how messenger/social platforms are another avenue for trends such as hyper-casual games before moving on to laying out the advantages and disadvantages of embedded gaming.

From Black Snowflake’s experience of utilising this, examples will be given alongside how effective these techniques can be and why it can help with deploying games to platforms at increased speeds.

Since beginning the business in 2013 we have released over 60 hyper-casual games with a total daily average user base of two million players. Our key partners include FunCorp and VK.com. We're aimed at gamification via cross-platform flexible social experiences.

As a leading member of Black Snowflake my duties include - but are not limited to - managing development and publishing processes with direct participation on my own, verifying concepts, sustaining long-term communications with partners, developing strategies and always looking for new opportunities.

We're strongly focused on HTML5/web gaming for the last six years. Since this market is still in the emerging phase, it is important to act fast and to catch new trends in order to stay relevant.

It happened when I got my first PC at the age of 10. I almost immediately wondered if I could make a game like the 32-bit era titles I enjoyed in my early childhood.

A lot of things have changed since then, with the rise of mobile games being the main factor. Still, I enjoy what I do even if I don’t consider myself a huge gamer altogether now.

Start as early as you can. If you are reading this article in your early teens, it's the best time to begin. You'll have plenty of time to experiment and will gain valuable experience.

It’s also the best time to be an indie in the meaning of multitasking. Try developing skills in as many industry sectors as possible, which will come naturally if you develop a game solely on your own. You'll have an idea of how different things in the pipeline of game development work, which is very useful when communicating with team members in a leading position.

General store disruption has become somewhat of a trend. Currently, we mostly see it on non-mobile platforms as a competition between Steam and the relatively new Epic Games Store.

However, I think there is a possibility that something similar will materialise on mobile platforms as well. Not exactly new stores from new players, but a reformation or an expansion of existing ones.

Apple Arcade is an example of this, so it will be fascinating to see how much its introduction shifts the industry.

We will probably see games become even more social than now. Something like where you become part of a social experience rather than just featuring general social elements.

An example of this is when playing a real-time player versus player instant game on Facebook with friends while chatting with them simultaneously.

Also from my point of view, we may see influencers being involved more with game development and releasing games branded with their identity.

Since influencers have a huge stronghold with audiences and part of the marker, then studio’s might want to take advantage of this to help make their games more accessible than before.

The rise of mobile games has had a significant impact on video games as a whole. This has brought together larger groups audiences that have previously never interacted with one another.

I'm really interested in the Asia market insights since it seems like our experience intersects with the region.

Specifically, there were a number of interesting mobile web gaming case studies even before the Facebook Instant Games platform, which caused a big wave of interest in HTML5 games sector.

Not to mention that this is my first business trip to the Asia-Pacific region, so I'm generally excited.

Find out more about Pocket Gamer Connects Hong Kong 2019 on the website.