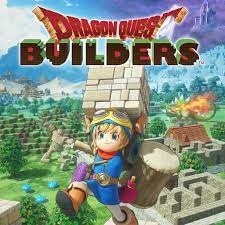 Dragon Quest Builders, developed by Square Enix and first released in 2016, is a spin-off of the popular Dragon Quest series of RPGs. Originally released in Japan in January 2016, the game was released in other markets later that year, before being ported to the Switch in 2018.

Earlier this year, the game was ported to mobile devices worldwide. We spoke to the producer of the mobile version, Yuki Furukawa, regarding the release.

PocketGamer.Biz: Where did the initial idea for porting Dragon Quest Builders to mobile originate?

Yuki Furukawa: We’ve discussed the possibility of a mobile version for DRAGON QUEST BUILDERS in the past. However, the specs for the mobile devices at the time did not fulfil the necessary requirements to deliver smooth gameplay and the best gaming experience for players. However, the emergence of high-performance mobile devices in recent years presented an opportunity for us to develop it for DRAGON QUEST fans.

Thank you very much for appreciating the game’s controllability! The most challenging obstacle in developing this title was improving the comfort of the touchscreen controls.

During the early stages of development, we created a prototype with specifications that had little to no changes from the original game. However, we immediately discovered that the prototype contained many issues and it was not easily playable.

Game controllers are better suited for intricate controls, and with touchscreens, your finger will partially obscure the screen. On top of that, mobile device screens are very small compared to game monitors. Because of this, we experienced issues where the resulting controls were not in line with what the player had intended.

The most challenging obstacle in developing this title was improving the comfort of the touchscreen controls.

How happy are you with the launch of the game on mobile so far? Are you looking at porting Dragon Quest Builders 2?

I have been reading our customers’ reviews and I am truly grateful that the game has gathered many high ratings. However, we did receive some feedback regarding mobile devices heating up and consuming a lot of power, so we have implemented a new update where players can reduce their heating and power consumption through their player settings. I must admit that in retrospect, it would have been even better if we were able to implement this feature before the game’s launch; but with that said I believe that we did not face any major issues overall and it was a good launch.

While the next project that the development team will take part in is still undecided, we look forward to utilizing the lessons we learned in creating DRAGON QUEST for future game developments.

Have there been additional stages in developing a game with an already established IP?

There have been no additional stages in development. The features created by the development team went through trial and error, and gradually came to fruition after having Producers Noriyoshi Fujimoto, Takuma Shiraishi and Yuji Horii, who all helped develop the original game, play-test and provide lots of advice.

We cannot reveal much at this time, but the DRAGON QUEST franchise will expand even further in the future. We’re honored to have recently celebrated the franchise’s 36th anniversary and we’re excited to bring more DRAGON QUEST games to Western fans.
Fans can stay assured that developments are underway with expansions on mobile and additional supported languages being part of the plan.

Last year, Square Enix made our list of the top 50 mobile game makers. Keep your eye out to see if it makes the list again when we release our 2022 list later this month.