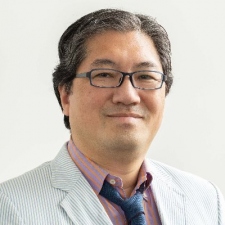 Co-creator of Sonic the Hedgehog.

Veteran of the gaming industry and solo developer of mobile title Shot2048 Yuji Naka has reportedly been arrested again, for the second time in three weeks.

Perhaps most well-known for his importance to the Sonic franchise, Naka also worked with Square Enix from 2019 to 2021. As well as Sonic, Naka has previously worked on games like Balan Wonderworld, NiGHTS Into Dreams and Billy Hatcher and the Giant Egg.

Initially, the Sonic the Hedgehog co-creator was supposedly arrested in November this year as part of an ongoing insider trading investigation at Square Enix. The accusation that Naka had insider information related to his purchasing of 10,000 shares in Aiming stock for ¥2.8 million (approximately $20,000) and was in the context of the Dragon Quest game series.

On the subject of Dragon Quest, we spoke to the game producer of the Dragon Quest Builders mobile port Yuki Furukawa this summer, who shared: "The most challenging obstacle in developing this title was improving the comfort of the touchscreen controls."

Naka’s initial insider trading allegation is dwarfed in scale when compared to today’s accusation; as reported by Asahi, he has been accused of having had insider knowledge about Final Fantasy VII: The First Soldier, purchasing approximately 120,000 shares in the mobile game’s developer ATeam worth ¥144.7 million ($834,000) before the title was first revealed.

Square Enix already committed to work together with authorities on the first legal case, stating: "We have been fully cooperating with requests from the Securities and Exchange Surveillance Commission. As the investigation by the Tokyo District Public Prosecutors Office is underway, we will continue to fully cooperate with the investigation."

Naka made the jump to mobile gaming last year with his solo development of the hypercasual game Shot2048, having established his own studio Prope. Development took around six months.