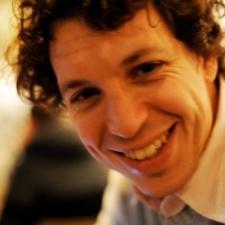 While at Gumi, Burleraux was also General Manager of the firm's Paris studio, where he oversaw the running of popular mobile JRPG Brave Frontier for a European audience.

In his new role at Playlab, his focus will be on acquiring new IP and expanding Playlab's co-development business. The firm aims to release three-to-five co-developed free-to-play games worldwide every year.

Burleraux is not the only Gumi alumnus to join the team, as Playlab has also swooped for a number of experienced professionals from the troubled Japanese developer.

Yevgeniy Maiboroda, former Executive Producer at Gameloft Philippines and Gumi America, will join Playlab in the same role. In particular, he'll be overseeing the development of Playlab's flagship series of match-3 games, Cubes.

Playlab CEO Jakob Lykkegaard explained to PocketGamer.biz that together, the new pair "are running our full match-3 Cubes vertical."

All three have relocated from Europe to Playlab's Bangkok studio.

Why Playlab is investing Juice Cubes' western profits in UA campaigns in Thailand, Malaysia and Indonesia

Jobs in Games: Nordeus' Aleksandar Aleksic on how to get a job as a Producer