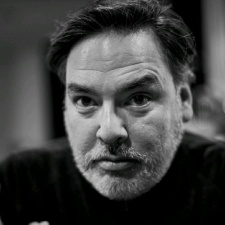 Shawn Layden may mostly be known for his time working at PlayStation, gaining over 30 years of experience with the company. Many were surprised when it seemed that PlayStation abruptly announced that Layden would be leaving the company in 2019 with no reason given at the time. A couple of years later Layden spoke on his PlayStation departure saying it simply felt like the right time to leave, feeling that his legacy there had been set and it was time for a new generation to take over.

The former PlayStation boss has now announced on LinkedIn that he will be joining Tencent one of the highest-grossing gaming companies as a strategic advisor. Tencent has giant games like Honor of Kings and PUBG under its belt and is also known for its series of investments and subsidiaries such as its $300 million investment in Guillemot.

“I am delighted to share that I have recently joined Tencent Games as a strategic advisor. In this new role, I hope to advise, assist, and support the team at Tencent as they deepen their activities and commitments within the industry to which I've devoted the majority of my career. We are at an epoch-defining moment in gaming and interactive entertainment. There are many possible roads ahead but only a few are profound, broadening, inclusive, edifying, inspiring, and/or sustainable. I am thrilled to continue this journey of discovery and thank Tencent for the opportunity.”

This is not the first time Layden has put his years of experience to use in an advisory role, as in 2021 he joined Streamline Media Group as part of its advisory board and now seems to be looking forward to offering guidance to Tencent going forward. Tencent also made our top 50 game makers list this year.