Chiyomaru Shikura will take an executive producer role within the company 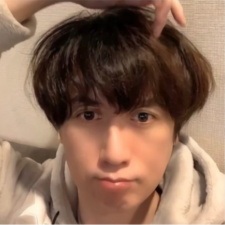 MAGES Chairman and Representative Director Chiyomaru Shikura announced on Twitter that he’s stepping down from his role in favour of an executive producer role, reports Gamerbraves.

“Due to the expiration of my term of office, I have decided to step down from my position as chairman and representative director of MAGES Co., Ltd,” reads the (translated) statement. “I would like to express my heartfelt thanks to all the people who have been indebted to me since my appointment, my reliable staff, and most of all, to all the fans who have been touched by my work even just a little. I'm really thankful to you.”

In its own statement regarding Shikura’s decision MAGES said that “as Executive Producer, he will concentrate on the development of original works and new games, and continue to support the enhancement of the company’s corporate value.”

This change comes in the wake of the company reporting financial losses of $4.7 million (¥613,000,000) in September, which made the company insolvent. Although it hasn’t been confirmed that Shikura stepping down from his prior role is due to these losses, such reorganisations are common in such situations.

Is mobile the answer?

MAGES has been consistently releasing games on a variety of platforms, however the company has shied away from mobile, the most profitable segment of the industry, in recent years. This comes in spite of the company finding success with visual novels, a genre ideally suited for phones.

The fact that mobile gaming thrived during the pandemic is no secret, despite profits falling shy of projections in 2022 due to market normalisation. The company’s focus on console and PC releases could be partly responsible for its recent troubles, and while it’s uncertain that an increased focus on mobile platforms could have prevented these losses, all the evidence suggests that an increased mobile focus could have helped to lessen the impact.

It is notable, however, that mobile gaming has routinely struggled to engage players in Japan meaning that while increasing mobile output could have helped MAGES increase its presence worldwide, it may have done little to increase revenue domestically.