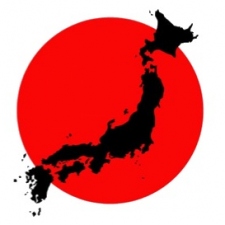 A recent report by an arm of the Tokyo-based internet magnate CyberAgent placed the domestic worth of the 2013 Japanese smartphone gaming market at $5.4 billion.

This figure is noteworthy not just for the dollar amount, but for the growth it represents as the Japanese smartphone gaming market surged up an impressive 178 percent from 2012's domestic worth of $3.07 billion.

Most impressively, however, is the fact that Japan's smartphone gaming market is now worth roughly one-half of the total Japanese games market (hardware and software), which sat at $10.8 billion at the end of 2013.

CyberZ, the subsidiary of CyberAgent which authored the report, suggested that the Japanese smartphone gaming market will continue to grow in 2014 to reach $6.5 billion by the year's end.

Japan's smartphone gaming market - what a difference a year makes

All of this jives with App Annie's data which recently named Japan the top country in the world for generating app revenue - ending the United States' five years of market dominance.

Another reason why the explosive growth in Japan's smartphone gaming market is noteworthy lies in the fact that Japan is the only country in the world that still has a thriving feature phone games market.