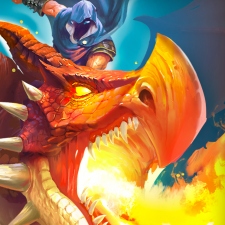 Free-to-play specialist Kabam has signed a publishing deal with Alibaba that will see the online and mobile commerce giant launch the developer's titles in China.

The "strategic collaboration" has been coupled with a $120 million investment in Kabam by Alibaba, with the two companies announcing their new alliance at the ChinaJoy expo in Shanghai.

Exact terms of the investment have not been released, but the unveiling of Alibaba as Kabam's publishing partner in the region is potentially even more significant, with the F2P outfit looking to tap into the incredibly lucrative Chinese market.

"This strategic collaboration with Alibaba provides Kabam the resources, infrastructure and distribution to help bring our current and future durable franchise games to China and elsewhere in Asia and make an immediate impact."

For Alibaba's part, the group's president Patrick Liu said the firm was "committed to collaborating with great games companies like Kabam to deliver captivating digital entertainment offerings to our users."

He continued, "The Kabam team has a track record of innovation and a strong entrepreneurial spirit, and this is exactly the type of company we want to support."

Though Kabam opened an office in Beijing four years ago, the firm faces increasing competition in Asia both from local F2P specialists and western giants also keen to make a mark in the east, such as Anglo-Swedish outfit King, which launched a Chinese version of Candy Crush Saga with Tencent back in April.

Likewise, Finnish giant Supercell launched Clash of Clans to much success in the tail end of 2013.