Zynga veterans rake in the cash 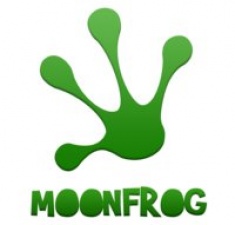 Moonfrog Labs, a Bangalore-based games studio, has just completed a Series A round valued at $15 million.

Tiger Global and Sequoia Capital funded the investment, building on their previous seed capital investment of $1 million in Moonfrog Labs back in 2014.

Their joint portfolio includes games such as Empires & Allies, Mafia Wars, and CastleVille.

"Over the last few years, the large presence of international companies in India like Zynga, Gameloft, and EA amongst others has helped build an ecosystem where developers are learning to build high production quality games," Moonfrog Labs' co-founder and director Oliver Jones told PocketGamer.biz.

We want to help that ecosystem grow and leverage our combined experience to craft high quality games for the Indian audience.

"However, very few people are focusing on the local market. We want to help that ecosystem grow and leverage our combined experience to craft high quality games for the Indian audience.

"We see this round of funding as a big vote of confidence in the Indian gaming industry. We aim to grow our team by 80-100 people over the next few months and hire the best talent in the country."

Moonfrog Labs has been making waves in the Indian mobile games market with its casino title Teen Patti Gold.

So far, the game has secured more than two million downloads across Android and iOS, sailing near the top of both of the top-grossing charts in India.

Now Moonfrog Labs is gearing up to speak at Pocket Gamer Connects Bangalore, where Jones will be taking to the stage.

"I'm excited to speak at PG connects in Bangalore in April.

"I will be talking about how games can be designed for India. Showing footage of a trip/adventure we made out meet some of our players in rural Indian towns to test out game prototypes and usability problems. The results really informed our design and direction."

Developers discuss the problems and potential in the SARCC region