Raises $7 million in Series A, brings total funding to $9.5 million 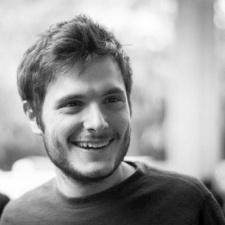 Bangalore-based Bombay Play has raised $7 million in a Series A round, one of the largest Series A investments to date in an Indian mobile gaming studio.

Led by Kalaari Capital, other participants in the round included Lumikai Fund, Leo Capital and PlayCo, all three of whom being existing investors in the company.

Founded in 2018 by Oliver Jones and Abhas Saroha, the company’s total capital has now reached more than $9.5 million. This is in large part due to the latest investment, with this funding round more than quadrupling the valuation of its 2020 Pre-Series A.

Bombay Play has has over 40 million global players across its "hypersocial" games portfolio, which includes Dice Merge Puzzle, Card Party, and Daily Word Puzzle. With the funding, Bombay Play has plans to scale existing games and support upcoming projects wiith a focus on innovation.

An ambition to disrupt the market

"Since the inception of Bombay Play, our aim has been to create games that you can play with your friends seamlessly," said Bombay Play CEO Oliver Jones.

"Our team’s ambition is to disrupt the current casual games market with hypersocial game designs by leveraging our cross-platform distribution channels. With the amount raised, we will scale up existing offerings while investing in cutting-edge technologies to elevate the social experience of casual gamers worldwide."

Kalaari Capital managing director Vani Kola said: "We were highly impressed with what Oliver and Abhas have been able to achieve and they are definitely one of the most experienced gaming entrepreneurs in the country today. We are very excited about how they are disrupting the casual gaming industry with their hypersocial model and are delighted to partner with them in this journey."

In-game advertising firm Anzu has recently revealed that it has raised $20 million from its latest funding round with participation from NBCUniversal and HTC.