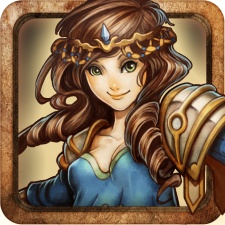 Tencent has announced that it will be terminating operation of Tower of Saviors in mainland China.

The move has been blamed on the alterations Tencent made to its version of the game.

Tower of Saviors was originally developed by Hong Kong studio Mad Head and its version is still in the top 5 grossing on the Hong Kong and Taiwanese App Store charts.

Tencent picked up the rights for a mainland China release in 2014.

But upon Tencent's launch, it was perceived that its modifications for the region were designed to make the game more difficult and thus apply greater pressure for players to spend money.

Furthermore, the original traditional Chinese version of Tower of Saviors remained available to players in mainland China, and was updated more quickly.

This understandably led to a mass exodus from Tencent's version, despite integration with popular messaging platform WeChat and Mobile QQ.

This comes following the Chinese firm's termination of its version of Mixi's Monster Strike, a game whose immense popularity in Japan - it's generating over $4 million a day - was not replicated in China.

China version of Fortnite is being shuttered

Mobile was monumental in earning Tencent $19 billion in games revenue