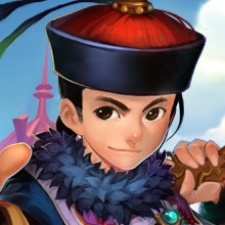 The company reported total revenues of $136 million for Q3. While down year-on-year this was up by 5% compared to the previous quarter and was $1 million more than forecasted.

The firm’s online games business suffered as revenues tumbled 35% year-on-year to $99 million. This was also a dip of 1% from the previous quarter.

The publisher’s PC business is in a period of decline, while its mobile business is on the up.

Monthly active users for Changyou’s PC games decreased by 34% year-on-year and 7% from the last quarter to 2.7 million. It claimed this represented natural declining life cycles for the company’s older PC games like TLBB and TLBB 3D – which it relies on for the majority of its revenues and has yet to effectively replace.

The number of paying users was also down by 23% to one million on PC.

It put down the growth of its mobile games business to the launch of new games Da Da Da Luan Dou and Hortesia Saga during Q3 2016.

The publisher said the drop in revenue was down to fewr PC games marketed through its 17173 website.