An apology for launching an exploding phone 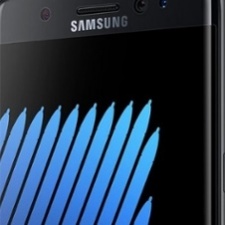 Samsung is offering customers in South Korea the option to upgrade their defective Galaxy Note 7 to the unannounced Galaxy Note 8 for half the price when it launches.

Customers who trade in their Note 7 for a Samsung Galaxy S7 will be offered an upgrade to the S8 or Note 8 at half the price. The new phones are expected to be released in 2017.

Samsung has not stated whether this offer will be extended to other regions. Instead, it has said that availability in other markets will be determined on a case-by-case basis.

Will it be enough?

Samsung permanently halted all production of its Galaxy Note 7 devices earlier this month following numerous reports of the phones exploding.

Replacement phones in South Korea were among the first to be seen overheating even after Samsung had issued an enormous recall of all its products.

Samsung is set to lose $3 billion over the next three months because of the phone's catastrophic failure.