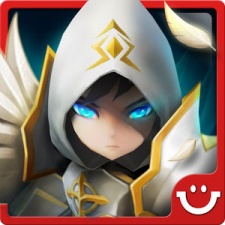 Com2uS has released its financials for its Q2 FY17 for the three months ending June 30th 2017.

It posted revenues of $114.8 million for the quarter, up 2% year-on-year and 8% quarter-on-quarter. Profits fell by 1% year-on-year to $33.3 million, though this represented a 2% increase sequentially.

Breaking this down further, $99.7 million of its revenues was generated outside of Korea. This represents 83% of the company's revenues for the quarter.

Looking ahead, the developer will be adding new features to Summoners War to drive retention, as well as developing a new MMO based on the IP and pushing the game as an eSport. It is planning to run a Summoners War World Arena Championship through the second half of 2017.

It still has a number of other games in the pipeline, including a partnership with Activision on a Skylanders game. The new title looks to be an RPG battler with players building a "deck" of Skylanders characters and entering them in PvP battles.

Outside of its games, Com2uS is also creating a number of other properties using the Summoners War IP. This includes cartoons, movies, and merchandise.