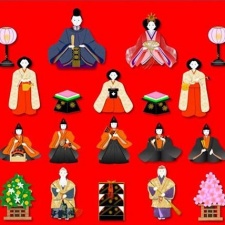 An 82-year-old woman from Japan has developed and released a new game on mobile called Hinadan (The Doll Staircase).

The title is inspired by a traditional doll festival and has been created especially for gamers over 60. It’s already available on iOS.

Its creator, Masako Wakamiya, is a retired banker who taught herself to code. She decided to create the app for a market she says is underserved.

“Old people hardly play game apps, because they are not really fun for them,” Wakamiya told the BBC.

“I’ve often heard such complaints so I thought I should make a game app designed for old people to have fun.”

She added: “When you work on something, you get the feeling that you achieve something. I can feel it most when I do programming.”

Wakamiya has received mainstream media interest from the likes of the BBC and CNN for her work on the game, and was invited to participate in Apple’s Worldwide Developers Conference this year.