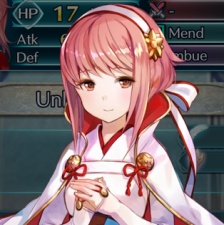 Revenues and profits for Japanese games publisher DeNA fell in its latest financials for the three months ending June 30th 2017.

Sales for its games business, which includes mobile, fell 7.1% year-on-year $222.7 million, though profits in the segment were actually up 7% year-on-year to $67 million..

DeNA noted that revenues from its browser titles were in decline but that its mobile games had increased sales both domestically and international compared to the same period last year.

The publisher said its partnership with Nintendo, which has spawned games such as Super Mario Run and Fire Emblem Heroes, has been a key factor in raising profits for the games segment. DeNA CEO Isao Moriyasu recently revealed the publisher had dedicated 10% of its staff to Nintendo-related projects.

Fire Emblem Heroes is thought to have already made more than $100 million. DeNA said the game had “reached a satisfactory level of sales” in its financials presentation.

There are no new details on the previously announced Animal Crossing game for mobile other than it is expected to be released during the 2017 financial year. That means the title could conceivably be pushed backed to the start of 2018.

DeNA has said however that other titles are also in development with Nintendo.

As for its own titles, Gyakuten Othellonia surpassed 12 million downloads on July 28th 2017 while new rhythm game Uta Macross reached 200,000 pre-registrations before its release on August 3rd 2017.

Outside of games, DeNA plans to grow its other businesses throughout the coming year as it looks to create new revenue streams.

These other segments include Sports, profits of which have grown 25.5% year-on-year and e-commerce, as well as other ventures such as the healthcare and automotive businesses.